You are here: Home / Collection / Education / 369th Regiment Harlem Hellfighters from WWI Get Honored on LI

369th Regiment Harlem Hellfighters from WWI Get Honored on LI 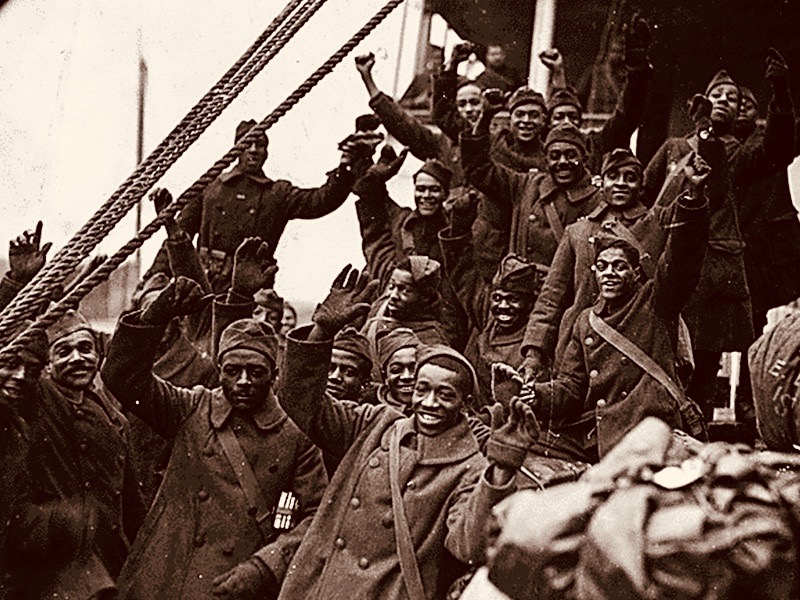 One Hundred Years Ago, the 369th Regiment Harlem Hellfighters Bravely Led the U.S. Into WWI

Their courage made headlines across the country, hailing the African-American regiment as heroes even as they faced discrimination at home

Private Henry Johnson of Albany, New York, held tight his French Lebel rifle and stared into the darkness of no-man’s-land, listening for German raiders. Beyond the parapet, he could make out shapes and shadows under the waning moon.

Johnson was a 25-year-old railroad baggage porter, the son of North Carolina tobacco farmers. Under French command, he manned the front line of the Great War about 115 miles east of Paris on the early morning of May 15, 1918.

He heard a sound and turned to his partner in their tiny observation post, Needham Roberts, who gestured toward the direction of the noise. They heard it again: the snip of barbed wire being cut.

Johnson fired an illumination rocket into the sky, then ducked as German grenades flew toward him. The grenades exploded behind him, and pain struck his left leg and side. Roberts, bleeding from his head, threw grenades of his own back over the parapet. To read more go to the link below: