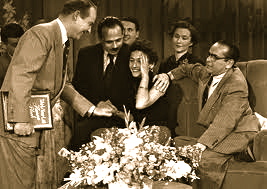 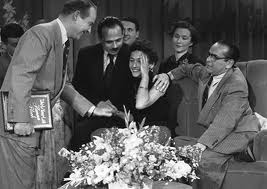 Westerbork concentration camp (Dutch: Kamp Westerbork, German: Durchgangslager Westerbork) was a World War II Nazi refugee, detention and transit camp in Hooghalen, ten kilometres north of Westerbork, in the northeastern Netherlands. Its function during the Second World War was to assemble Roma and Dutch Jews for transport to other Nazi concentration camps.

Theresienstadt concentration camp (often referred to as Terezín) was a Nazi German ghetto during World War II. It was established by the Gestapo in the fortress and garrison city of Terezín (German name Theresienstadt), located in what is now the Czech Republic.

Auschwitz is the German name for Oświęcim, the town in and around which the camps were located; it was renamed by the Germans after they invaded Poland in September 1939. Birkenau, the German translation of Brzezinka (birch tree), refers to a small Polish village nearby that was mostly destroyed by the Germans to make way for the camp.

Auschwitz II-Birkenau was designated by Heinrich Himmler, who was the Reichsführer and Germany’s Minister of the Interior, as the place of the “final solution of the Jewish question in Europe”. From spring 1942 until the fall of 1944, transport trains delivered Jews to the camp’s gas chambers from all over Nazi-occupied Europe. The camp’s first commandant, Rudolf Höss, testified after the war at the Nuremberg Trials that up to three million people had died there (2.5 million gassed, and 500,000 from disease and starvation), a figure since revised to 1.1 million, around 90 percent of them Jews. Others deported to Auschwitz included 150,000 Poles, 23,000 Roma and Sinti, 15,000 Soviet prisoners of war, and tens of thousands of people of diverse nationalities. Those not killed in the gas chambers died of starvation, forced labor, lack of disease control, individual executions, and medical experiments.

On January 27, 1945, Auschwitz was liberated by Soviet troops, a day commemorated around the world as International Holocaust Remembrance Day. In 1947, Poland founded a museum on the site of Auschwitz I and II, which by 1994 had seen 22 million visitors—700,000 annually—pass through the iron gates crowned with the infamous motto, Arbeit macht frei (“work makes you free”).

Initially a single camp at Mauthausen, it expanded over time and by the summer of 1940, the Mauthausen-Gusen had become one of the largest labour camp complexes in German-controlled Europe. Apart from the four main sub-camps at Mauthausen and nearby Gusen, more than 50 sub-camps, located throughout Austria and southern Germany, used the inmates as slave labour. Several subordinate camps of the KZ Mauthausen complex included quarries, munitions factories, mines, arms factories and Me 262 fighter-plane assembly plants.

In January 1945, the camps, directed from the central office in Mauthausen, contained roughly 85,000 inmates. The death toll remains unknown, although most sources place it between 122,766 and 320,000 for the entire complex. The camps formed one of the first massive concentration camp complexes in Nazi Germany, and were the last ones to be liberated by the Allies. The two main camps, Mauthausen and Gusen I, were also the only two camps in the whole of Europe to be labelled as “Grade III” camps, which meant that they were intended to be the toughest camps for the “Incorrigible Political Enemies of the Reich.” Unlike many other concentration camps, intended for all categories of prisoners, Mauthausen was mostly used for extermination through labour of the intelligentsia, who were educated people and members of the higher social classes in countries subjugated by the Nazi regime during World War II.