You are here: Home / Collection / New York / Hall of Governors 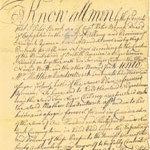 In this gallery, we commemorate New York’s past in the very building where today’s leaders work to build New York’s future.

Over the past two and a half centuries, 56 individuals have served as governor of New York State. Most are memorialized here with official portraits painted by leading artists of their day from life sittings during or after their service here in the Capitol. Like the leaders they depict, the portraits are an important part of our state’s history.

Many of the governors portrayed here also served as United States Congressmen, Cabinet members, Supreme Court justices and vice presidents, and four of them were elected president of the United States. However, they are recalled here for the leadership they provided to the Empire State.

For more than 100 years, the Governors of New York State have worked in this hallway. Newly redisplayed, these paintings will inspire visitors as well as our future leaders, who will someday be part of New York’s magnificent history.

This document records the sale and transfer of legal custody of slaves – a mother and her two children – held by Peter Bronck of Coxsackie, New York, to Mathew van den Berck. It is specifically noted that the sale is conducted according to the “customs of the plantation of British America,” a recognition that slavery had been outlawed in England by 1762, but was still legal in the colonies.

Almost a year and a half before the Continental Congress would dissolve the political bonds between the colonies and Great Britain and assert that people possessed certain inalienable rights, the New York State General Association declared its own independence from King George III. When news of how the Massachusetts militia successfully fought the British at Lexington and Concord, the delegates of the General Association drafted a statement declaring that New York was no longer a colony. This important sign of New York’s solidarity with Massachusetts helped strengthen the political bond between the colonies, which paved the way for the 1776 Declaration of Independence. New York’s leadership proved to be pivotal in securing a unified colonial statement of independence.

On loan from the Onondaga Historical Association, Syracuse, NY

John Jay and other Revolutionary patriots drafted the Constitution, which was ratified by a convention at Kingston April 20, 1777. The constitution established the three branches of government and protected basic liberties. This is the final approved draft.

John Jay, a Founding Father of the United States, served the new nation in both law and diplomacy. He established important judicial precedents as the first chief justice of the United States (1789–95) and negotiated the Jay Treaty of 1794, which settled major grievances with Great Britain and promoted commercial prosperity.