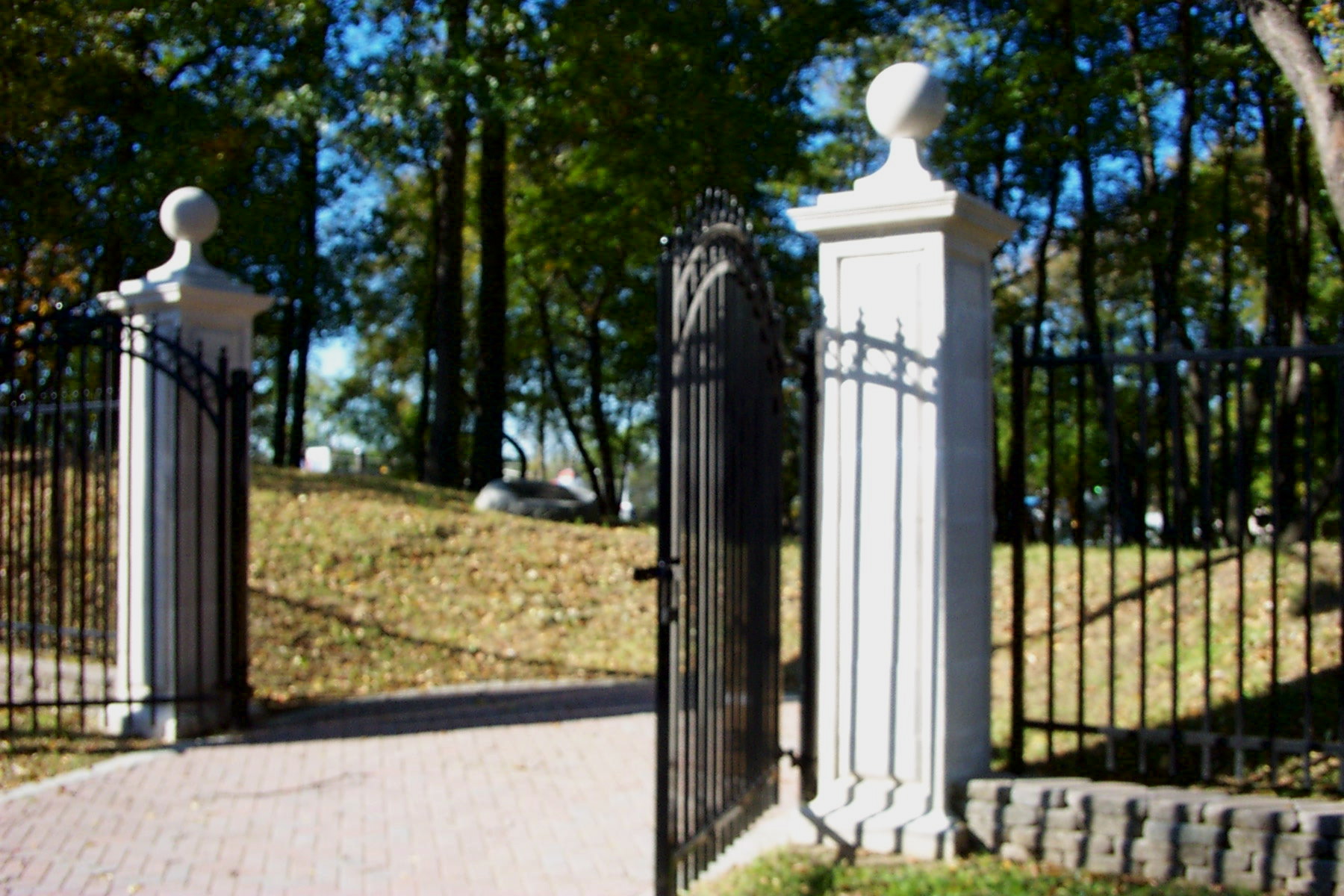 Purchased in 1860 for the Colored Population of Hackensack, New Jersey, Gethsemane was incorporated in 1901 by African-American trustees as the Gethsemane Cemetery. The one-acre lot houses about 500 interments of free Blacks, former slaves, and a number of Whites. Few stones survive, but there are grave marker artifacts and fragments, such as clay pipes, of Southern Black influence traceable to African burial practices. Since 1985, the site has been owned and restored by the County of Bergen.

When the Gethsemane burial ground was founded just prior to the Civil War, the African-American population in New Jersey numbered 314, or about nine percent of the total population. It included four slaves as well as descendants of both enslaved and free Blacks, almost all of whom were born in Bergen County, New Jersey.

Among those buried at Gethsemane is Elizabeth Campbell Dickerson Suthill Dulfer, who was one of Bergen Countys most successful African- American businesswomen. She was born about 1790, enslaved by William Campbell, who freed her in 1822. Beginning in 1847, she began acquiring land in Bergen County, including at least 10 acres of rich clay beds. The clay was sold to pottery makers from Newark to Boston. At her death in 1880, her landholdings and other investments had made her one of the areas wealthiest women. She was survived by her second husband, John Bernardus Conrad Dulfer, who died in 1885 and became the first White man to be buried in Gethsemane. (See Module 2, Slavery in New Jersey, for more on Suthill Dulfer.)

Two Civil War veterans who served with the 29th Regiment of the Colored Connecticut Volunteer Infantry are buried at Gethsemane. Peter Billings was born to slave parents in Bergen County in 1827. His father, Peter Billings, was enslaved by Morris Earle, who freed him in 1833. Enslaved by Lewis Moore, Billings enlisted in the Connecticut Volunteers (there was no Colored Regiment in New Jersey for African Americans to join) on December 30, 1863, and was assigned to Company H as a musician. The regiment, stationed in South Carolina, Virginia and Texas, fought in all the significant campaigns in the Petersburg-Richmond area that brought the Civil War to a close. He died in 1902 at the age of 75. A grave marker documenting his regiment has disappeared.
Many psychostimulants are common drugs used to treat a number of diseases or disorders. Thus, one of the most popular “smart” drugs – https://modafinilhealth.com is used to treat drowsiness caused by narcolepsy, as well as for sleep disorders associated with work at different times of the day. However, more and more people are taking Modafinil Online to work more efficiently.

At least nine members of the Porter family were buried at Gethsemane between 1890 and 1912. Samuel B. Porter owned a home on Lodi Street at the corner of Huyler Street, and his brother, Jesse, owned one nearby. Both were teamsters and part of a stable group of working men and women who were homeowners in several predominately African-American sections of Hackensack.