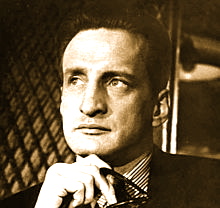 Beginning on August 1st, 1944, following St. Lô, it was Gen. Courtney Hodges who commanded the First Army all the way to the German surrender in May, 1945. Our hope is that President Obama, Ken Burns, the producers at The History Channel, and media professionals everywhere, will finally discover Courtney Hodges, arguably the “real Patton” of the Allied victory in Europe, whose greatest flaws seem to have been his reserved, thoughtful demeanor (i.e., uncolorful) and an aversion to self-promotion. 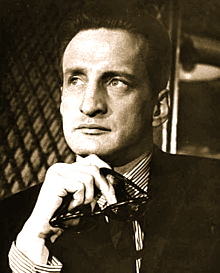 George Campbell Scott (October 18, 1927 – September 22, 1999) was an American stage and film actor, director, and producer. He was best known for his stage work, as well as his portrayal of General George S. Patton in the film Patton, as General Buck Turgidson in Stanley Kubrick’s Dr. Strangelove or: How I Learned to Stop Worrying and Love the Bomb, and as Ebenezer Scrooge in Clive Donner’s 1984 film A Christmas Carol. He was the first actor to refuse the Academy Award for Best Actor (for Patton in 1970), having warned the Academy beforehand that he would refuse it on philosophical grounds.

George Campbell Scott was born in Wise, Virginia, the son of Helena Agnes (née Slemp; 1904–1935) and George Dewey Scott (1902–1988). His mother died just before his eighth birthday, and he was raised by his father, an executive with Buick. Scott’s original ambition was to be a writer like his favorite author, F. Scott Fitzgerald; while attending Redford High School in Detroit, he wrote many short stories, none of which were ever published. As an adult, he tried on many occasions to write a novel, but was never able to complete one to his satisfaction.

Scott joined the United States Marine Corps, serving from 1945–49. He was assigned to 8th and I Barracks in Washington, D.C., in which capacity he taught English literature and radio speaking/writing at the Marine Corps Institute. His primary duty, however, was as an honor guard for military funerals at Arlington National Cemetery. He later claimed his duties at Arlington led to his drinking. After his military service, Scott enrolled in the University of Missouri, where he majored in journalism and then became interested in drama. His first public appearance on stage was as the barrister in a University production of Terence Rattigan’s The Winslow Boy, directed by H. Donovan Rhynsburger. During rehearsals for that show, he made his very first stage appearance—in a student production of Noël Coward’s Hands Across the Sea, directed by Jerry V. Tobias. He graduated from the university in 1953. 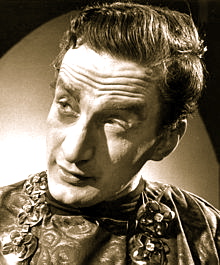 Scott first rose to prominence for his work with Joseph Papp’s New York Shakespeare Festival. In 1958, he won an Obie Award for his performances in Children of Darkness (in which he made the first of many appearances opposite his future wife, actress Colleen Dewhurst), for As You Like It, and for playing the title character in William Shakespeare’s Richard III (a performance one critic said was the “angriest” Richard III of all time). He was on Broadway the following year, winning critical acclaim for his portrayal of the prosecutor in The Andersonville Trial by Saul Levitt. This was based on the military trial of the commandant of the infamous Civil War prison camp in Andersonville, Georgia. His performance earned him a mention in Time magazine. In 1970, Scott directed a highly acclaimed television version of this same play. It starred William Shatner, Richard Basehart, and Jack Cassidy, who was nominated for an Emmy Award for his performance as the defense lawyer in this production.

Scott continued to appear in and sometimes direct Broadway productions throughout the 1960s. The most commercially successful show in which he worked was Neil Simon’s Plaza Suite (1968). The show was composed of three separate one-act plays all utilizing the same set, with Scott portraying a different lead character in each act, and ran for 1,097 performances.

He made many television appearances, including an episode of NBC’s The Virginian, in the episode “The Brazen Bell”, in which he recites Oscar Wilde’s poem “The Ballad Of Reading Gaol”. That same year, he appeared in NBC’s medical drama The Eleventh Hour, in the episode “I Don’t Belong in a White-Painted House”. He appeared opposite Laurence Olivier and Julie Harris in Graham Greene’s The Power and the Glory in a 1961 television production. 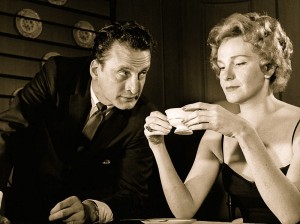 In 1963, Scott was top-billed in the Columbia Broadcasting System[CBS] hour-long drama series “East Side/West Side|East Side, West Side”; he and co-star Cicely Tyson played urban social workers. The show lasted only one season. In 1965 he was cast, under the direction of John Huston, as Abraham with, among others, co-star Ava Gardner cast as Sarah in the Dino de Laurentiis film: The Bible: In the Beginning which was released by 20th Century Fox in 1966. In 1966, Scott appeared as Jud Barker in the NBC western The Road West, starring Barry Sullivan, Kathryn Hays, Andrew Prine, and Glenn Corbett. Scott won wide public recognition in the film Anatomy of a Murder, in which he played a wily prosecutor opposite James Stewart as the defense attorney. Scott was nominated for an Academy Award for Best Supporting Actor.

Scott’s most famous early role was in “Dr. Strangelove, or How I Learned to Stop Worrying and Love the Bomb”, in which he played General “Buck” Turgidson. In later interviews with Stanley Kubrick, it is revealed that Scott initially refused to camp it up on camera. As a compromise, Kubrick had Scott go “over the top” in rehearsal…assuring Scott that the cameras were off, which was untrue. Kubrick proceeded to use this version in the final cut, which Scott supposedly resented.

Scott portrayed George S. Patton in the 1970 film Patton and researched extensively for the role, studying films of the general and talking to those who knew him. Scott refused the Oscar nomination for Patton, just as he had done for his 1962 nomination for The Hustler, but won the award anyway. 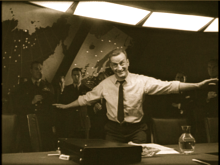 In a letter to the Motion Picture Academy he stated that he didn’t feel himself to be in competition with other actors. However, regarding this second rejection of the Academy Award, Scott famously said elsewhere, “The whole thing is a goddamn meat parade. I don’t want any part of it.” Sixteen years later, in 1986, Scott reprised his role in a made-for-television sequel, The Last Days of Patton. The movie was based on Patton’s final weeks after being mortally injured in a car accident, with flashbacks of Patton’s life. At the time the sequel was aired, Scott mentioned in a TV Guide interview that he told the Academy to donate his Oscar to the Patton Museum but since the instructions were never put in writing, it was never delivered.

The Oscar is currently[when?] displayed at the Virginia Military Institute museum in Lexington, Virginia, the same institution that generations of Pattons have attended. Scott did not turn down the New York Film Critics Award for his performance (of which his then wife Colleen Dewhurst said, “George thinks this is the only film award worth having”).

He continued to do stage work throughout the rest of his career, receiving Tony Award nominations for his performance as Astrov in a revival of Uncle Vanya (1973), his Willy Loman in a revival of Death of a Salesman (1975), and his performance as Henry Drummond in a revival of Inherit the Wind (1996). In the latter play, he had to miss an unusually large number of performances due to illness, with his role being taken over by National Actors Theatre artistic director Tony Randall. In 1996, he received an honorary Drama Desk Award for a lifetime devotion to theatre.

Scott also starred in well-received productions of Larry Gelbart’s Sly Fox (1976) (based on Ben Jonson’s Volpone), which ran 495 performances, and a revival of Noël Coward’s Present Laughter (1982). He frequently directed on Broadway as well, including productions of All God’s Chillun Got Wings (1975) and Design for Living (1985), as well as being an actor/director (Death of a Salesman, Present Laughter, and On Borrowed Time (1991).

In 1971, Scott gave two more critically acclaimed performances, as a de facto Sherlock Holmes in They Might Be Giants and as an alcoholic doctor in the black comedy The Hospital. Despite his repeated snubbing of the Academy, Scott was again nominated for Best Actor for the latter role. Scott excelled on television that year as well, appearing in an adaptation of Arthur Miller’s The Price, an installment of the Hallmark Hall of Fame anthology. He was nominated for, and won, an Emmy Award for his role, which he accepted.

In 1982, Scott appeared in a campaign commercial for Republican U.S. Senator Lowell P. Weicker of Connecticut. Like Weicker, Scott was at that time a resident of Greenwich, Connecticut. 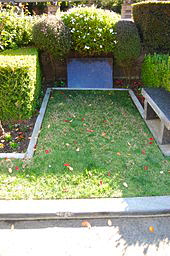 While he was divorced from Colleen Dewhurst, he developed a stormy relationship with actress Ava Gardner fueling their bouts with alcohol; continuing an age-old problem dating back to his military service. Scott suffered a series of heart attacks in the 1980″s. He died on September 22, 1999, aged 71, of a ruptured abdominal aortic aneurysm. His remains were buried in the Westwood Village Memorial Park Cemetery in Westwood, California, in an unmarked grave.