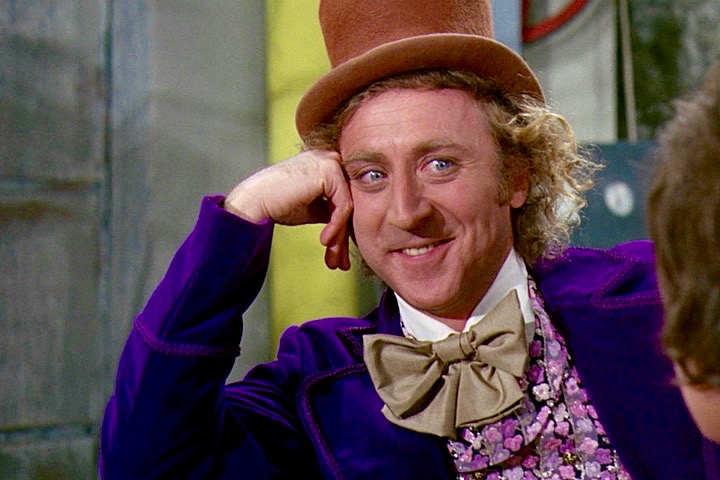 Actor Gene Wilder has died at 83. The star of “Willy Wonka and the Chocolate Factory” and a slew of other beloved comedies died at his home earlier this month at his Stamford, Connecticut home, family says. According to his nephew, the cause of Wilder’s death was complications from Alzheimer’s disease. After Wonka, Wilder was perhaps best known as director Mel Brooks’ favorite leading man in hits including The Producers and Blazing Saddles. 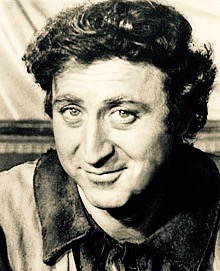 Wilder began his career on stage, and made his screen debut in the TV series Armstrong Circle Theatre in 1962. Although his first film role was portraying a hostage in the 1967 motion picture Bonnie and Clyde, Wilder’s first major role was as Leopold Bloom in the 1968 film The Producers for which he was nominated for an Academy Award for Best Supporting Actor. This was the first in a series of collaborations with writer/director Mel Brooks, including 1974’s Blazing Saddles and Young Frankenstein, which Wilder co-wrote, garnering the pair an Academy Award nomination for Best Adapted Screenplay. Wilder is known for his portrayal of Willy Wonka in Willy Wonka & the Chocolate Factory (1971) and for his four films with Richard Pryor: Silver Streak (1976), Stir Crazy (1980), See No Evil, Hear No Evil (1989), and Another You (1991). Wilder directed and wrote several of his own films, including The Woman in Red (1984).

His third wife was actress Gilda Radner, with whom he starred in three films. Her death from ovarian cancer led to his active involvement in promoting cancer awareness and treatment, helping found the Gilda Radner Ovarian Cancer Detection Center in Los Angeles and co-founding Gilda’s Club.

After his last contribution to acting in 2003, Wilder turned his attention to writing. He produced a memoir in 2005, Kiss Me Like a Stranger: My Search for Love and Art; a collection of stories, What Is This Thing Called Love? (2010); and the novels My French Whore (2007), The Woman Who Wouldn’t (2008) and Something to Remember You By (2013).

Wilder was born Jerome Silberman on June 11, 1933, in Milwaukee, Wisconsin, the son of Jeanne (Baer) and William J. Silberman, a manufacturer and salesman of novelty items. His father was a Russian Jewish immigrant, as were his maternal grandparents. He adopted “Gene Wilder” for his professional name at the age of 26, later explaining, “I had always liked Gene because of Thomas Wolfe’s character Eugene Gant in Look Homeward, Angel and Of Time and the River. And I was always a great admirer of Thornton Wilder.” Wilder first became interested in acting at age 8, when his mother was diagnosed with rheumatic fever and the doctor told him to “try and make her laugh.”

At the age of 11, he saw his sister, who was studying acting, performing onstage, and he was enthralled by the experience. He asked her teacher if he could become his student, and the teacher said that if he were still interested at age 13, he would take Wilder on as a student. The day after Wilder turned 13, he called the teacher, who accepted him; Wilder studied with him for two years.

When Jeanne Silberman felt that her son’s potential was not being fully realized in Wisconsin, she sent him to Black-Foxe, a military institute in Hollywood, where he wrote that he was bullied and sexually assaulted, primarily because he was the only Jewish boy in the school. After an unsuccessful short stay at Black-Foxe, Wilder returned home and became increasingly involved with the local theatre community. At age 15, he performed for the first time in front of a paying audience, as Balthasar (Romeo’s manservant) in a production of Shakespeare’s Romeo and Juliet. Gene Wilder graduated from Washington High School in Milwaukee in 1951.

Wilder was raised Jewish, but he held only the Golden Rule as his philosophy. In a book published in 2005, he stated, “I have no other religion. I feel very Jewish and I feel very grateful to be Jewish. But I don’t believe in God or anything to do with the Jewish religion.”

Wilder studied Communication and Theatre Arts at the University of Iowa, where he was a member of the Alpha Epsilon Pi Fraternity. 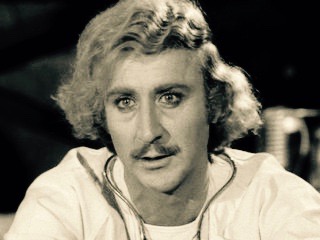 Following his 1955 graduation from Iowa, he was accepted at the Bristol Old Vic Theatre School in Bristol, England. After six months of studying fencing, Wilder became the first freshman to win the All-School Fencing Championship. Desiring to study Stanislavski’s system, he returned to the U.S., living with his sister and her family in Queens. Wilder enrolled at the HB Studio.

Wilder was drafted into the Army on September 10, 1956. At the end of recruit training, he was assigned to the medical corps and sent to Fort Sam Houston for training. He was then given the opportunity to choose any post that was open, and wanting to stay near New York City to attend acting classes at the HB Studio, he chose to serve as paramedic in the Department of Psychiatry and Neurology at Valley Forge Army Hospital, in Phoenixville, Pennsylvania. In November 1957, his mother died from ovarian cancer. He was discharged from the army a year later and returned to New York. A scholarship to the HB Studio allowed him to become a full-time student. At first living on unemployment insurance and some savings, he later supported himself with odd jobs such as a limousine driver and fencing instructor.

Wilder’s first professional acting job was in Cambridge, Massachusetts, where he played the Second Officer in Herbert Berghof’s production of Twelfth Night. He also served as a fencing choreographer.

After three years of study with Berghof and Uta Hagen at the HB Studio, Charles Grodin told Wilder about Lee Strasberg’s method acting. Grodin persuaded him to leave the studio and begin studying with Strasberg in his private class. Several months later, Wilder was accepted into the Actors Studio. Feeling that “Jerry Silberman in Macbeth” did not have the right ring to it, he adopted a stage name. He chose “Wilder” because it reminded him of Our Town author Thornton Wilder, while “Gene” came from Thomas Wolfe’s first novel, Look Homeward, Angel. He also liked “Gene” because as a boy, he was impressed by a distant relative, a World War II bomber navigator who was “handsome and looked great in his leather flight jacket.” He later said that he could not see Gene Wilder playing Macbeth, either. After joining the Actors Studio, he slowly began to be noticed in the off-Broadway scene, thanks to performances in Sir Arnold Wesker’s Roots and in Graham Greene’s The Complaisant Lover, for which Wilder received the Clarence Derwent Award for “Best Performance by an Actor in a Nonfeatured Role.”