You are here: Home / Featured / Gandhi 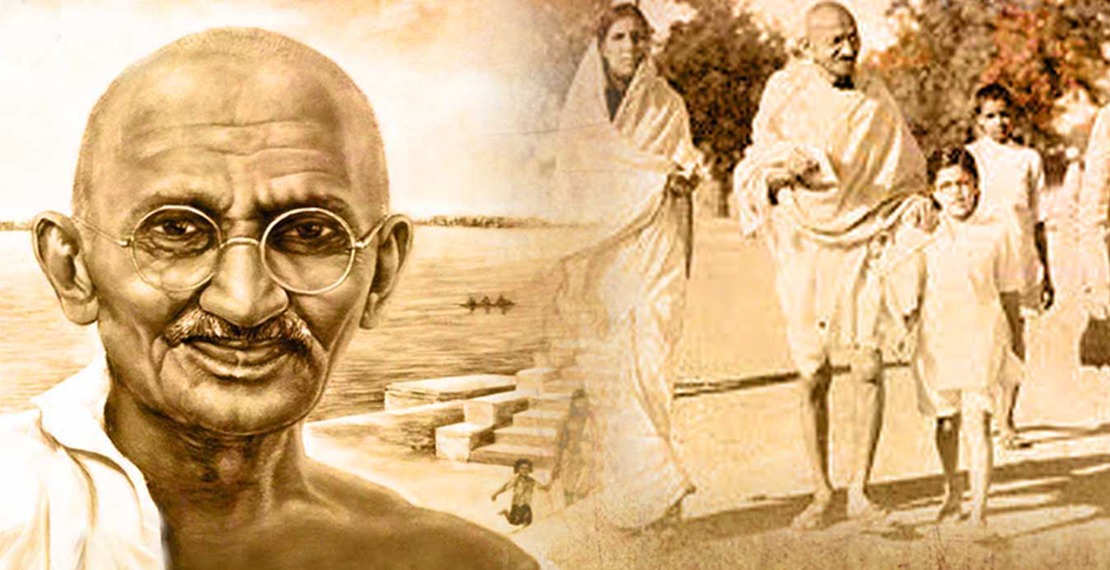 Mohandas Karamchand Gandhi (/ˈɡɑːndi, ˈɡæn–/); 2 October 1869 – 30 January 1948) was the preeminent leader of the Indian independence movement in British-ruled India. Employingnonviolent civil disobedience, Gandhi led India to independence and inspired movements for civil rights and freedom across the world. The honorific Mahatma (Sanskrit: “high-souled”, “venerable”) applied to him first in 1914 in South Africa, is now used worldwide. He is also called Bapu (Gujarati: endearment for “father”,”papa”) in India.

Born and raised in a Hindu merchant caste family in coastal Gujarat, western India, and trained in law at the Inner Temple, London, Gandhi first employed nonviolent civil disobedience as an expatriate lawyer in South Africa, in the resident Indian community’s struggle for civil rights. After his return to India in 1915, he set about organising peasants, farmers, and urban labourers to protest against excessive land-tax and discrimination. Assuming leadership of the Indian National Congress in 1921, Gandhi led nationwide campaigns for easing poverty, expanding women’s rights, building religious and ethnic amity, ending untouchability, but above all for achieving Swaraj or self-rule.

Gandhi famously led Indians in challenging the British-imposed salt tax with the 400 km (250 mi) Dandi Salt March in 1930, and later in calling for the British to Quit India in 1942. He was imprisoned for many years, upon many occasions, in both South Africa and India. Gandhi attempted to practise nonviolence and truth in all situations, and advocated that others do the same. He lived modestly in a self-sufficient residential community and wore the traditional Indian dhoti and shawl, woven with yarn hand-spun on a charkha. He ate simple vegetarian food, and also undertook long fasts as a means of both self-purification and social protest.