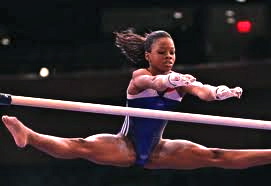 As the Proud Sponsor of Moms, P&G presents this series about the mom behind the Olympic athlete. 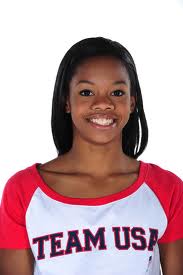 Gabrielle Christina Victoria “Gabby” Douglas (born December 31, 1995) is an American artistic gymnast. As a member of the U.S. Women’s Gymnastics team at the 2012 Summer Olympics, she won gold medals in both the individual and team all-around competitions. Douglas is the first African-American and first non-Caucasian female in Olympic history to become the individual all-around champion, and the first American gymnast to win gold in both the individual all-around and team competitions at the same Olympics. She was also a member of the gold-winning U.S. team at the 2011 World Championships.

On July 31, Douglas and her teammates, McKayla Maroney, Aly Raisman, Kyla Ross and Jordyn Wieber, won the team all-around gold medal at the 2012 Summer Olympics.   On August 2, Douglas won the gold medal in the individual all-around, becoming the first African-American woman and first woman of color to win the event.   She is also the first American gymnast ever to win both the team and individual all-around gold at the same Olympics. 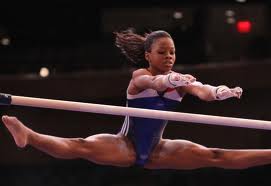 Douglas is scheduled to take part in the finals of uneven bars on August 6 and balance beam on August 7.

Douglas is the daughter of Timothy Douglas and Natalie Hawkins.   When Douglas left Virginia to live with a host family, she and older sister Arielle worked together to gain their mother’s reluctant approval. After her 2012 Olympics victory, she was quoted as saying: “And I give all the glory to God, It’s kind of a win-win situation. The glory goes up to Him and the blessings fall down on me.”