Merritt Brunies And His Friars Inn Orchestra – Flag That Train – 1925. 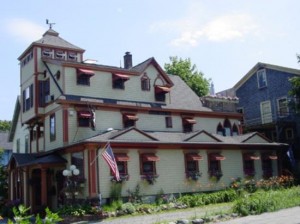 Friar’s Inn (also called New Friar’s Inn) was a nightclub and speakeasy in Chicago, Illinois, a famed jazz music venue in the 1920’s.

Though some sources refer to it casually as “Friar’s Club,” it was not related to the New York Friars’ Club.

Located in a basement at 60 East Van Buren or 343 South Wabash in the Chicago Loop, the establishment was owned by Mike Fritzel, and attracted gangsters as well as fans of jazz music.

Among the notable bands associated with Friar’s Inn were New Orleans Rhythm Kings (originally the “Friar’s Society Orchestra”), and the Austin High Gang (also known as the “Blue Friars”).