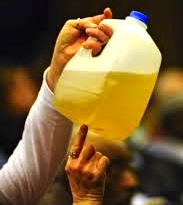 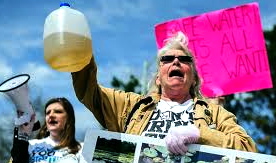 In trying to solve one water crisis, the city of Flint, Michigan, has inadvertently created a newer, even bigger one — and it’s coming at the cost of children’s health.

Now, after tests have shown elevated lead levels in the blood of some local children, the mayor of Flint has declared a state of emergency to pave the way for possible government disaster aid.

“I can tell you today that we need state and federal assistance for the people to feel comfortable. We need some help,” Flint Mayor Karen Weaver said during a Tuesday afternoon news conference, after first announcing the disaster declaration Monday.

“There’s no question in my mind that Flint is not able to take on this challenge by ourselves,” she added as residents in attendance broke out in applause.

Weaver was elected in November, running on the promise that she would declare the state of emergency in the city of 99,700.

She said damage to children caused by lead exposure is irreversible, and that the city will need to spend more on special education and mental health services as a result.

Exposure to lead can cause behavior problems and learning disabilities in young children, health officials warn. 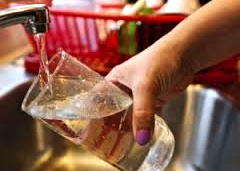 Flint’s water woes are only the latest for a community that saw its financial fortunes sink with the downturn of the American auto industry.

Flint switched from Detroit’s water system last year to the Flint River as part of a cost-cutting move while under the state’s emergency financial management. Officials had estimated the cash-strapped city would save about $5 million in less than two years because of the change.

Tapping from the Flint River was supposed to be an interim source until the city could join a new system getting water from Lake Huron.

But residents complained about the taste, smell and appearance of the water. Officials maintained the water met safety standards, but children were later found to have elevated lead levels in their blood and it was determined that corrosive river water was drawing lead from aging underground pipes.

Flint, Michigan, residents protest the water quality in the city on Oct. 5, 2015, outside Flint City Hall.
Flint returned to Detroit’s system in October, but the damage was apparently done. 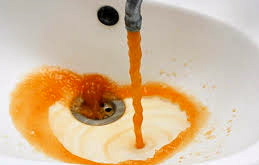 “So far, what we’ve had is Band-Aid fixes. We have the filter program, we have talked about diets for lead exposure, and don’t get me wrong, we want these things to continue,” Weaver said at a City Council meeting Monday night, according to NBC affiliate WEYI. “We need all of that, but it’s not enough.”

Residents flooded City Hall in protest this year saying their children were being poisoned; water filters and bottled water were handed out as part of a government response.

Flint mom Lee Anne Walters told NBC News in October that the tap water was to blame for her son, Garrett, seeing his lead levels triple.

“I’m all for doing what’s in the best interest of our city,” Walters said about the initial move to switch water systems. “But if you’re going to do this, you better make sure it’s safe — and they didn’t.”