You are here: Home / Colleges and Universities / Education / Flagler College 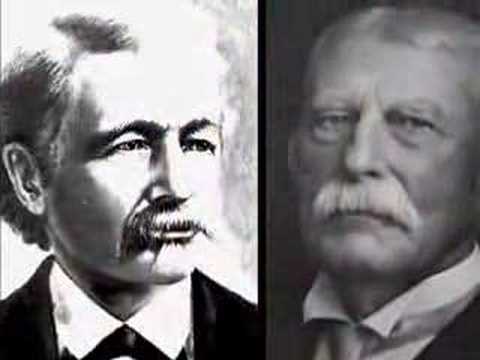 Follow The Crowds: How Flagler & Plant Changed the Face of Florida.  Produced in 2003-04 for the 2004 National History Fair contest. Video garnered 1st in the State of Florida, a Florida History Heritage Award and 3rd place in the National Competition.  Produced by Robbie Estevez, Daniel Reiser, Sarah Fannin & Mark Youngblood

The school is located on 19 acres (77,000 m2), the centerpiece of which is the Ponce de Leon Hall, built in 1888 as a luxury hotel. The architects were John Carrere and Thomas Hastings, working for Henry Morrison Flagler, the industrialist, oil magnate and railroad pioneer. It is now listed on the National Register of Historic Places.

Since its founding in 1968, the college has spent more than $43 million restoring the historic campus and adding new buildings. The newest buildings are the three-part former headquarters of the Florida East Coast Railway (FEC) buildings on Malaga St. which have been converted into one female, one male dorm building, and one coed dorm building where each gender is separated by floors; Cedar Hall male dorm rooms on the corner of Cedar Street and Dr. Martin Luther King, Jr. Avenue; and the Ringhaver Student Center. The campus is located in the heart of St. Augustine, just four miles (6 km) from the Atlantic Ocean. Flagler’s 19-acre (77,000 m2) athletic field is two miles (3 km) from campus. While the college has recycled some historic buildings into new uses, it has also stirred up much controversy by seeking to demolish historic buildings surrounding the campus.

The school historic campus is located just four miles from the Atlantic Ocean in the heart of St. Augustine, Fla., the nation oldest city.

The college is named for Henry Morrison Flagler, a Gilded Age industrialist, railroad pioneer and partner with John D. Rockefeller in Standard Oil. In 1888, Flagler built the Hotel Ponce de Leon, his first in a series of luxury resorts along Florida east coast. A masterpiece of Spanish Renaissance architecture and the first major poured-in-place concrete building in the United States is now known as Ponce de Leon Hall. This National Historic Landmark serves as the centerpiece for the Flagler College.

The grand hotel launched the careers of young architects John Carrere and Thomas Hastings who are noted most for the New York Public Library and the House and Senate Office Buildings adjacent to the Capitol in Washington, D.C.

The Edison Electric Company powered the building with steam heat and 4,000 electric lights, making the Ponce one of the nation first electrified buildings. Louis Comfort Tiffany is credited with the building interior design including the stained glass and mosaics. Murals were completed by George Willoughby Maynard and Virgilio Tojetti.

The hotel was gifted to Flagler College when the institution was founded in 1968. Since then, the college has spent more than $43 million dollars restoring the historic campus and adding new buildings. One of the latest additions to campus is a multimillion-dollar Student Center on Sevilla Street. The college has also developed a 19-acre athletic field just two miles from campus.

Opened as a women college, Flagler was reorganized as coeducational in 1971. Lewis served as chairman of the Board of Trustees of Flagler College during these formative years, from 1968 to 1988.

Henry Flagler’s grandson, Lawrence Lewis, Jr., was the driving force behind the development of Flagler College. It was his vision to create a small, private liberal arts college on the grounds of the old hotel. Lewis served as Chairman of the Board of Trustees of Flagler College for more than 20 years, guiding the College through a re-organization in 1971. He directed millions of dollars through foundations, family and personal funds into new construction, restoration projects, endowment and various other programs to ensure the continued success of Flagler College.