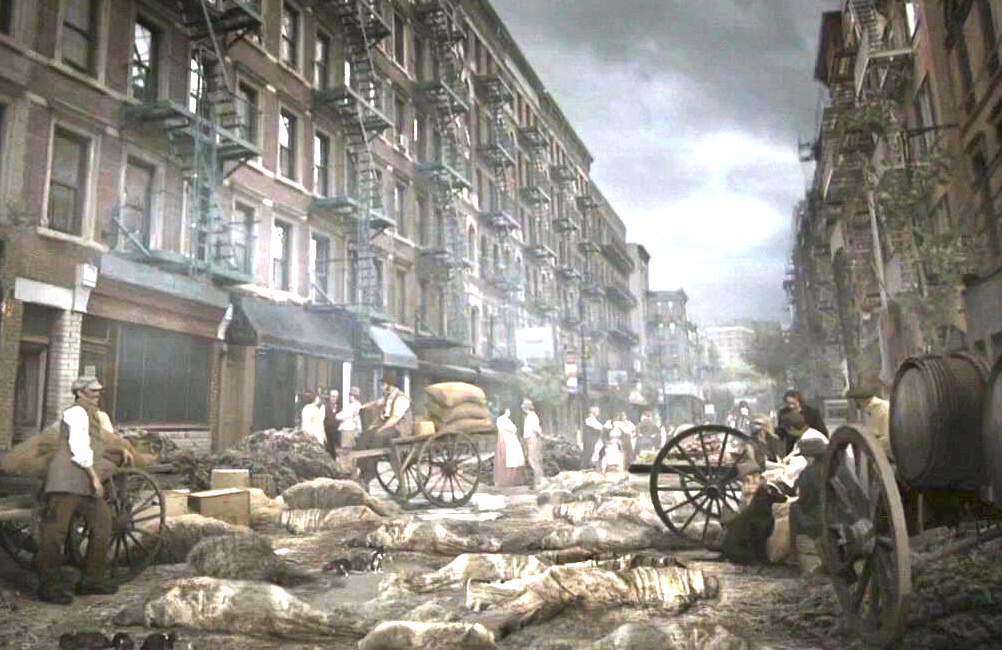 Dan Snow gets down and dirty in the murky histories of London, Paris and New York, exploring their filthy histories from the bottom up.

Medieval London. State of the art CGI reveals London’s streets as they were 700 years ago and Dan steps into the shoes of a medieval Londoner – wooden platforms designed to help him rise above the disgusting mess underfoot.

He spends the night as a medieval muck-raker shifting a staggering six tonnes of excrement, and has a go at medieval butchery to find out what the authorities were up against.

Revolutionary Paris. Stinking streets where ordinary people slaved in toxic industries and suffered grotesque poverty and disease. Dan immerses himself in their world, visiting a perfumer to recreate the stench of the 18th century city – Pong de Paris.

He has a go at one of the worst jobs in history – tanning leather by 18th century methods using dog excrement and urine – to make exquisite luxury goods that only the filthy rich could afford.

Industrial New York. Dan Snow travels back to a seething Manhattan in the throes of the industrial revolution. Millions fled persecution, poverty and famine in Europe in the 19th century in search of the Promised Land. When they arrived what they found was even worse than what they’d left behind.

New York was a city consumed by filth and corruption, its massive immigrant population crammed together in the slums of Lower Manhattan.