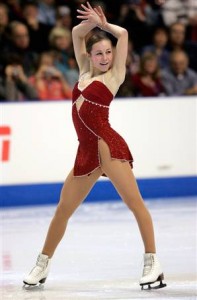 The number of entries for the figure skating events at the Olympic Games is limited by a quota set by the International Olympic Committee. There are 30 participants in each singles events (ladies and men), 24 couples in ice dance and 20 in pairs.

Skaters qualify for the Olympic Games by belonging to a Member nation of the International Skating Union. 80% of the alloted places (24 men/ladies, 19 dance couples, 16 pairs) are determined by the results of the previous year’s World Figure Skating Championships. The most entries a country can have in a single discipline is three. Countries earn two or three entries by earning points through their skater placement. The points are equal to the sum of the placements of the country’s skaters (top two if they have three). If a country only has one skater/team, that skater/team must place in the top ten to earn two entries and in the top two to earn three entries. If a country has two skaters/teams, the combined placement of those teams must be 13 or less to qualify 3 entries, and 28 or less to qualify two entries. The remaining places are awarded to one skater/team each from countries that failed to get multiple places, in order of their skaters’ placement in the world championships. 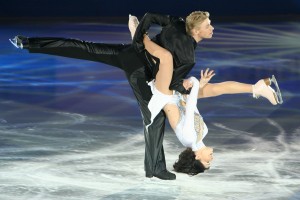 Countries that have yet to qualify skater(s) in particular events at the world championships get a second chance in an international competition held in the fall prior to the Olympic Games. From that competition qualify 6 men and women, 5 dance couples and 4 pairs.

The host country of the Olympic Games is entitled to one entry in each event, if it failed to qualify otherwise. In that case, there’s one fewer place available in the fall qualifying competition. 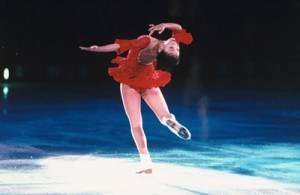