Archaeologists are excavating slave quarters at James Madison’s Montpelier estate in a four-year project supported by the National Endowment for the Humanities. The estate of the fourth president was maintained by scores of enslaved African-Americans. Archaeology is revealing how they lived. 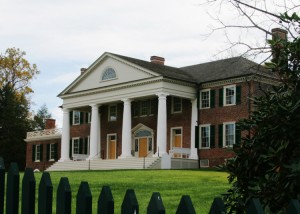 Montpelier restored to its original state

Montpelier, located near Orange, Virginia was the plantation estate of the prominent Madison family of Virginia, including James Madison, fourth President of the United States. The manor house of Montpelier is four miles (6 km) south of Orange, Virginia, and the estate currently covers nearly 2,700 acres (1,100 ha).

In 1960, Montpelier was declared a National Historic Landmark and listed on the National Register of Historic Places in 1966. It was included in the Madison-Barbour Rural Historic District in 1991. In 1983, the last private owner of Montpelier, Marion duPont Scott, bequeathed the estate to the National Trust for Historic Preservation.

The National Trust for Historic Preservation has owned and operated the estate since 1984, and from 2003-2008 carried out a major restoration, in part to return the mansion to its original size of 22 rooms during the years when it was occupied by James and Dolley Madison. Extensive interior and exterior work was done during the restoration. Visitors to the estate can follow the multifaceted restoration in the “Restoration Room.” In the 21st century, archeological investigations in four quarters have revealed new information about African-American life at the plantation. 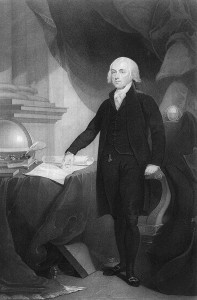 In 1723, James Madison’s grandfather, Ambrose Madison, and his brother-in-law, Thomas Chew, received a patent for 4,675 acres of land in the Piedmont of Virginia. Ambrose, his wife Frances Madison, and their three children moved to the plantation in 1732, naming it Mount Pleasant. (Archaeologists have located this first site near the Madison Family Cemetery.) Ambrose died six months later; according to court records, he was poisoned by three enslaved blacks. At the time, Ambrose Madison held 29 slaves and close to 4,000 acres.  After his death, Frances managed the estate with the help of their son, Colonel James Madison, Sr.

Madison, Sr. expanded the plantation to include building services and blacksmithing in the 1740s, and bought additional slaves to cultivate tobacco and other crops. He married Nelly Conway Madison (1731–1829) and had 12 children.

James Madison, Sr.’s first-born son, also named James, was born on March 16, 1751 at Belle Grove, his mother’s family estate in Port Conway, where she had returned for his birth. James Madison spent his early years at Mount Pleasant.

In the early 1760s, Madison, Sr. built a new house half a mile away, which structure forms the heart of the main house at Montpelier today. Built around 1764, it has two stories of brick laid in a Flemish bond pattern, and a low, hipped roof with chimney stacks at both ends. His son James Madison later stated that he remembered helping move furniture to the new home. The building of Montpelier represents Phase 1 (1764–1797) of the construction. Upon completion, the Madisons owned one of the largest brick dwellings in Orange County.

Phase 2 (1797–1800) of construction began in 1797, after the son James Madison returned to Montpelier with his new wife Dolley Madison. He was then 39 and she was a young widow with a child. At this time Madison added a thirty-foot extension and a Tuscanportico to the house. Next, he directed construction of single-story flat-roofed extensions at either end of the house; these provided space for the separate household of the newlyweds James and Dolley Madison. Madison’s widowed mother Frances still resided in the house following the death of her husband, James, Sr., in 1801.

In the last period of construction, Phase 3 (1809–1812), Madison had a large drawing room added, as well as one-story wings at each end of the house. After his second term as president, in 1817 Madison retired there full-time with his wife Dolley. 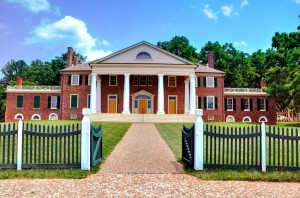 The work of Montpelier was done primarily by its permanent and integral staff of about 100 enslaved African Americans during James Madison’s tenure as owner. Slaves served in a variety of roles: domestic servants in charge of cleaning, cooking, and care of clothing; and as artisans for the mill, forge, wheelwright, and other carpentry and woodworking. During the time that the Madisons owned the estate, “five, six, and possibly seven generations of African Americans were born into slavery at Montpelier.”

The most well-known slave from Montpelier was Paul Jennings, who was body servant to Madison from the age of 10, when he accompanied him to the White House, to the president’s death in 1836. Born in 1799, Jennings was purchased from Dolley Madison and freed in 1845 by the northern senator Daniel Webster after Madison’s death. Jennings continued to live in Washington, DC, where he worked and became a property owner. 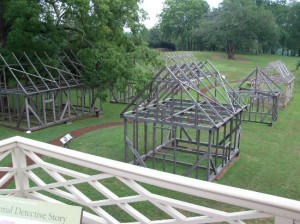 In 1848 he helped plan the largest slave escape in United States history, as 77 slaves from the Washington, DC area took to The Pearl, a schooner, intending to sail up the Chesapeake Bay to a free state.  They were captured and most were sold to the Deep South.

Jennings was noted for his account of Madison, A Colored Man’s Reminiscences of James Madison (1865), which is considered the first of the ‘White House memoirs.’

Archaeological research and documentary analysis has revealed much about the life of Montpelier-born slave, Catherine Taylor (ca. 1820 – after 1892). Catherine married Ralph Taylor, a house slave, and had four children with him. When Dolley Madison moved to Washington, D.C. in the years after James Madison’s death, Ralph was chosen to accompany her to serve her in the capital. Catherine decided to stay at the plantation. 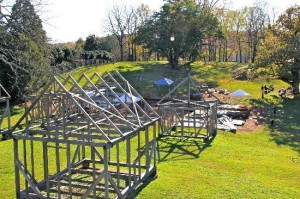 Dolley Madison willed all her slaves to her son, John Payne Todd. He stipulated in his will that upon his death, the slaves would be manumitted. However, due to legal and financial complications after Todd’s death, the slaves were not manumitted. The Taylors petitioned James C. Maguire, the administrator of the estate, for their freedom. After being officially freed in 1853, the chose to live in Washington, which had a large free black community and opportunities for varied work.

The Montpelier staff continues to research plantation slaves by a variety of methods: studying historical documents such as court records and autobiographies, conducting archaeological excavations, contacting current descendants, and working to understand the contributions and sacrifices of the enslaved community.