You are here: Home / Law Enforcement in US / Federal Bureau of Investigation

Introduction and title theme of The F.B.I.: “The Monster”

Jefrey Hunter, Jonathan Goldsmith and Sherri Spillane in the opening of “The Monster” – the first episode of the successful series “The F.B.I.” (1965-1974). The title theme was written by Bronislaw Kaper.

The FBI originated from a force of special agents created in 1908 by Attorney General Charles Bonaparte during the presidency of Theodore Roosevelt. The two men first met when they both spoke at a meeting ofthe Baltimore Civil Service Reform Association. Roosevelt, then Civil Service commissioner, boasted ofhis reforms in federal law enforcement. It was 1892, a time when law enforcement was often political rather than professional. Roosevelt spoke with pride of his insistence that Border Patrol applicants pass marksmanship tests, with the most accurate getting the jobs. Following Roosevelt on the program, Bonaparte countered, tongue in cheek, that target shooting was not the way to get the best men. “Roosevelt should have had the men shoot at each other and given the jobs to the survivors.” 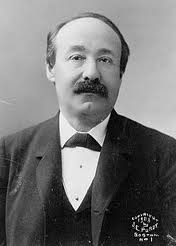 Roosevelt and Bonaparte both were “Progressives.” They shared the conviction that efficiency and expertise, not political connections, should determine who could best serve in government. Theodore Roosevelt became President of the United States in 1901; four years later, he appointed Bonaparte to be attorney general. In 1908, Bonaparte applied that Progressive philosophy to the Department of Justice by creating a corps of special agents. It had neither a name nor an officially designated leader other than theattorney general. Yet, these former detectives and Secret Service men were the forerunners of the FBI.

When the Bureau was established, there were few federal crimes. The Bureau of Investigation primarily investigated violations of laws involving national banking, bankruptcy, naturalization, antitrust, peonage, and land fraud. Because the early Bureau provided no formal training, previous law enforcement experience or a background in the law was considered desirable.

The first major expansion in Bureau jurisdiction came in June 1910 when the Mann (“White Slave”) Act was passed, making it a crime to transport women over state lines for immoral purposes. It also provided a tool by which the federal government could investigate criminals who evaded state laws but had no other federal violations. Finch became Commissioner of White Slavery Act violations in 1912, and former Special Examiner A. Bruce Bielaski became the new Bureau of Investigation chief.

Over the next few years, the number of special agents grew to more than 300, and these individuals were complemented by another 300 support employees. Field offices existed from the Bureau’s inception. Each field operation was controlled by a special agent in charge who was responsible to Washington. Most field offices were located in major cities. However, several were located near the Mexican border wherethey concentrated on smuggling, neutrality violations, and intelligence collection, often in connection withthe Mexican revolution.

With the April 1917 entry of the U.S. into World War I during Woodrow Wilson’s administration, theBureau’s work was increased again. As a result of the war, the Bureau acquired responsibility for theEspionage, Selective Service, and Sabotage Acts and assisted the Department of Labor by investigating enemy aliens. During these years, special agents with general investigative experience and facility in certain languages augmented the Bureau.

The years from 1921 to 1933 were sometimes called the “lawless years” because of gangsterism and thepublic disregard for Prohibition, which made it illegal to sell or import intoxicating beverages. Prohibition created a new federal medium for fighting crime, but the Department of the Treasury, not the Departmentof Justice, had jurisdiction for these violations.

Attacking crimes that were federal in scope but local in jurisdiction called for creative solutions. TheBureau of Investigation had limited success using its narrow jurisdiction to investigate some of thecriminals of “the gangster era.” For example, it investigated Al Capone as a “fugitive federal witness.” Federal investigation of a resurgent white supremacy movement also required creativity. The Ku Klux Klan (KKK), dormant since the late 1800s, was revived in part to counteract the economic gains made by African Americans during World War I. The Bureau of Investigation used the Mann Act to bring Louisiana’s philandering KKK “Imperial Kleagle” to justice. 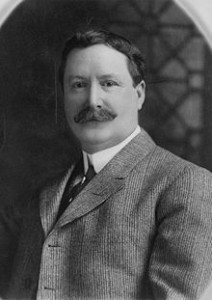 Through these investigations and through more traditional investigations of neutrality violations and antitrust violations, the Bureau of Investigation gained stature. Although the Harding Administration suffered from unqualified and sometimes corrupt officials, the Progressive Era reform tradition continued among the professional Department of Justice special agents. The new Bureau of Investigation Director, William J. Burns, who had previously run his own detective agency, appointed 26-year-old J. Edgar Hoover as assistant director. Hoover, a graduate of George Washington University Law School, had worked for the Department of Justice since 1917, where he headed the enemy alien operations during World War I and assisted in the General Intelligence Division under Attorney General A. Mitchell Palmer, investigating suspected anarchists and communists.

After Harding died in 1923, his successor, Calvin Coolidge, appointed replacements for Harding’s cronies in the Cabinet. For the new attorney general, Coolidge appointed attorney Harlan Fiske Stone. On May 10, 1924, Stone then selected Hoover to head the Bureau of Investigation. By inclination and training, Hoover embodied the Progressive tradition. His appointment ensured that the Bureau of Investigation would keep that tradition alive. 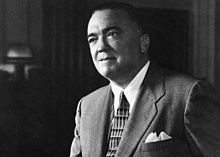 J. Edgar Hovver in 1959 1st Director of the Federal Bureau of Investigation

When Hoover took over, the Bureau of Investigation had approximately 650 employees, including 441 special agents who worked in field offices in nine cities. By the end of the decade, there were approximately 30 field offices, with divisional headquarters in New York, Baltimore, Atlanta, Cincinnati, Chicago, Kansas City, San Antonio, San Francisco, and Portland. He immediately fired those agents he considered unqualified and proceeded to professionalize the organization. For example, Hoover abolished the seniority rule of promotion and introduced uniform performance appraisals. At thebeginning of the decade, the Bureau of Investigation established field offices in nine cities. He also scheduled regular inspections of the operations in all field offices. Then, in January 1928, Hoover established a formal training course for new agents, including the requirement that new agents had to be in the 25-35 year range to apply. He also returned to the earlier preference for special agents with law or accounting experience.