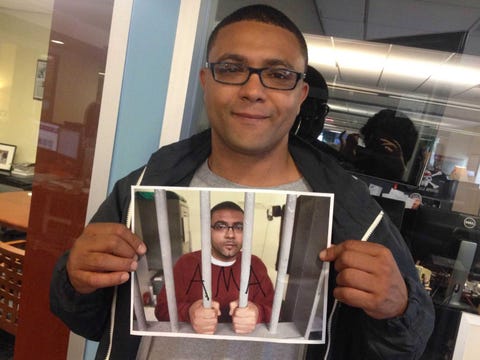 In 1995, Eric Glisson was arrested for a taxi driver’s murder and eventually sentenced to 25 years to life in prison.

He was found guilty based on false eyewitness testimony. From behind bars, he was able to prove his innocence and get his conviction overturned after serving 18 years of his sentence.

Glisson did an “Ask Me Anything” on Reddit Thursday and described how he survived life in prison and eventually got out. Dateline NBC is also airing a special on Glisson Friday night at 9 p.m. To read more go to the link blow:

The Central Park Five: A Cautionary Tale of Injustice

The Central Park Five film explores the story of the miscarriage of justice that engulfed Antron McCray, Kevin Richardson, Yusef Salaam, Raymond Santana and Korey Wise, the black and Latino teenagers from Harlem who were wrongly convicted of the horrific 1989 crime. The brutal beating and rape of a white woman in New York City’s Central Park provoked public outrage and sensational headlines during the prosecution and conviction of the five defendants. Less known is the story of the eventual exoneration of the men, who served full prison sentences. To read more go to the link below: