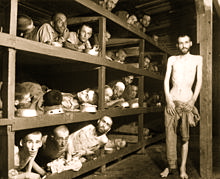 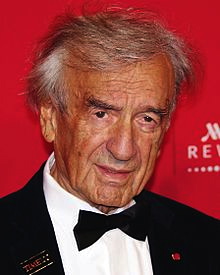 Eliezer “Elie” Wiesel KBE (/ˈɛli viˈzɛl/, Yiddish: אליעזר וויזל‎, Elyezer Vizel; September 30, 1928 – July 2, 2016) was a Romanian-born American Jewish writer, professor, political activist, Nobel Laureate and Holocaust survivor. He was the author of 57 books, written mostly in French and English, including Night, a work based on his experiences as a prisoner in the Auschwitz and Buchenwald concentration camps.

Along with writing, he was a professor of the humanities at Boston University, which created the Elie Wiesel Center for Jewish Studies in his honor. He was involved with Jewish causes, and helped establish the United States Holocaust Memorial Museum in Washington, D.C. In his political activities he also campaigned for victims of oppression in places like South Africa and Nicaragua and genocide in Sudan. He publicly condemned the 1915 Armenian genocide and remained a strong defender of human rights during his lifetime. He had been described as “the most important Jew in America” by the Los Angeles Times.

Wiesel was awarded the Nobel Peace Prize in 1986, at which time the Norwegian Nobel Committee called him a “messenger to mankind,” stating that through his struggle to come to terms with “his own personal experience of total humiliation and of the utter contempt for humanity shown in Hitler’s death camps”, as well as his “practical work in the cause of peace”, Wiesel had delivered a message “of peace, atonement and human dignity” to humanity. He was a founding board member of the New York Human Rights Foundation and remained active throughout his life. 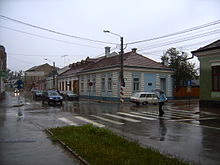 The house in which Wiesel was born

Elie Wiesel was born in Sighet (now Sighetu Marmației), Maramureș in the Carpathian Mountains in Romania. His parents were Sarah Feig and Shlomo Wiesel. At home, Wiesel’s family spoke Yiddish most of the time, but also German, Hungarian, and Romanian. Wiesel’s mother, Sarah, was the daughter of Dodye Feig, a celebrated Vizhnitz Hasid and farmer from a nearby village. Dodye was active and trusted within the community.

Wiesel’s father, Shlomo, instilled a strong sense of humanism in his son, encouraging him to learn Hebrew and to read literature, whereas his mother encouraged him to study the Torah. Wiesel has said his father represented reason while his mother Sarah promoted faith.

Wiesel had three siblings – older sisters Beatrice and Hilda, and younger sister Tzipora. Beatrice and Hilda survived the war and were reunited with Wiesel at a French orphanage. They eventually emigrated to North America, with Beatrice moving to Montreal, Quebec, Canada. Tzipora, Shlomo, and Sarah did not survive the Holocaust.

Imprisoned and orphaned during the Holocaust

Buchenwald concentration camp, photo taken April 16, 1945, five days after liberation of the camp. Wiesel is in the second row from the bottom, seventh from the left, next to the bunk post.

In March 1944, Germany occupied Hungary which extended the Holocaust into that country. Wiesel was 15, and he with his family, along with the rest of the town’s Jewish population, were placed in one of the two confinement ghettos set up in Máramarossziget (Sighet), the town where he had been born and raised. In May 1944, the Hungarian authorities, under German pressure, began to deport the Jewish community to the Auschwitz concentration camp, where up to 90% of the people were exterminated on arrival.

After they were sent to Auschwitz, his mother and his younger sister were killed. Wiesel and his father were later deported to the concentration camp at Buchenwald. Until that transfer, he admitted to Oprah Winfrey, his primary motivation for trying to survive Auschwitz was knowing that his father was still alive: “I knew that if I died, he would die.” After they were taken to Buchenwald, however, his father only survived for eight months, dying just a few weeks before the camp was liberated. In Night, Wiesel recalled the shame he felt when he heard his father being beaten and was unable to help.