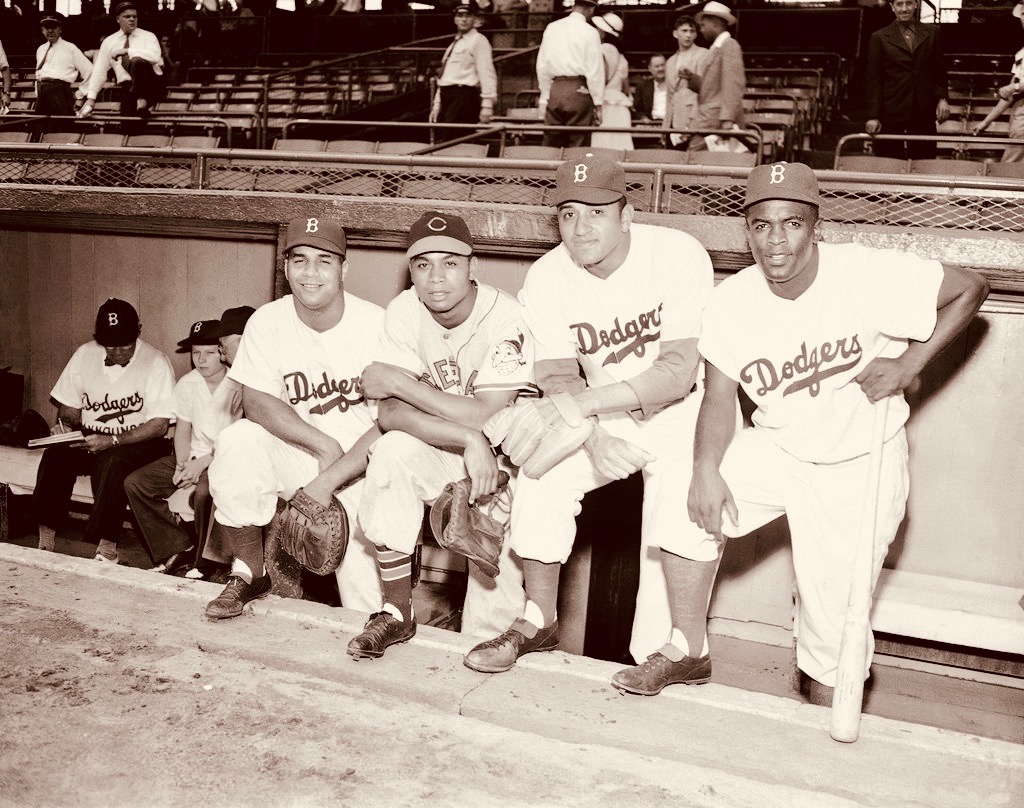 Newcombe, second from right, with his Dodger teammates Roy Campanella, far left, and Jackie Robinson, right, along with Larry Doby of the Cleveland Indians at the 1949 All-Star game at Ebbets Field in Brooklyn. It was the first time African-Americans played in the event.CreditAssociated Press

Don Newcombe with the Brooklyn Dodgers in 1949, his debut season with the team, when he was named rookie of the year.CreditCreditHarry Harris/Associated Press 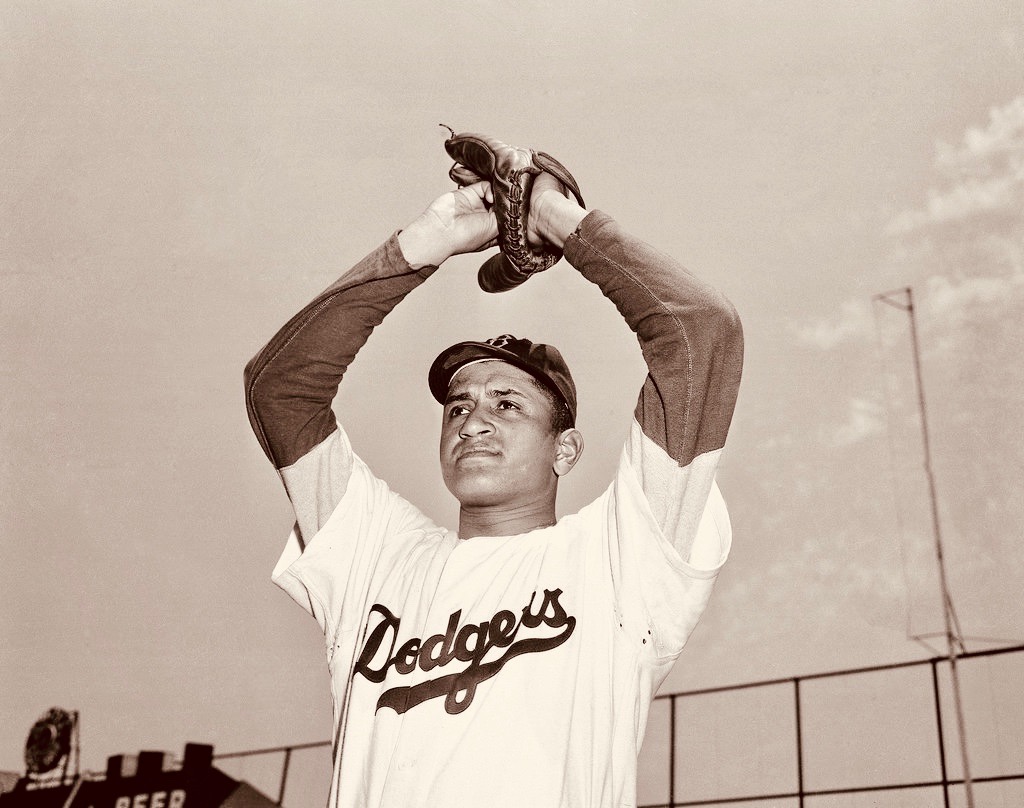 Don Newcombe, the major leagues’ first outstanding black pitcher and a star for the Brooklyn Dodgers in their glory years, the 1950s, died on Tuesday. He was 92.

The Dodgers announced his death but did not say where he died.

An imposing right-hander, at 6 feet 4 inches and 225 pounds, with an overpowering fastball, Newcombe claimed a string of achievements: rookie of the year in 1949; four-time all star; and the National League’s Most Valuable Player in 1956, when he also won the first Cy Young Award as baseball’s top pitcher. Moreover, he was the first black pitcher to start a World Series game.

But he also faced adversity that went beyond the racial taunts hurled at the first black major leaguers, including his Dodger teammates Jackie Robinson and Roy Campanella. His career was cut short by alcoholism, and he was tormented by an undeserved reputation for failing to win big games, particularly in the World Series.

Newcombe had a career record of 149-90 with a 3.56 earned run average in 10 seasons with the Brooklyn and Los Angeles Dodgers, Cincinnati Reds and Cleveland Indians, missing two years of play because of military service. To read more go to the link below: