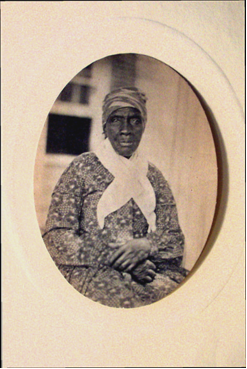 Dinah Dean a slave from the household of Aaron and Charity Dean which was discovered at Middlesex County Ledgers in the New Jersey room of Rutgers University, Alexander Library. Births of black children, 1804, and manumissions 1800-1825.  She was born into slavery in 1795, eight years after the signing of the constitution and six years after the state of New Jersey signed the bill of rights.  Dinah Dean was 4 years old when she was mentioned in the will of Aaron Dean.  Dinahs former master Aaron Deans brothers Abraham, John, Daniel and Jonathan were soldiers and patriots of the Revolutionary War.

Dinah Dean was a house slave and had the Dean surname. She could have been blood-related to the Dean Family, but the common tradition was for an African slave to adopt the surname of his owner for easy identification of property.  At the age of 14, Dinah Dean gave birth to a free girl named Hannah.  The birth is recorded in the

births of black children, circa 1804 for Middlesex County.  Dinahs Daughter was the first African American generation represented by freedom of birth.  Its not known what happen to Hannah.  At age 18 in 1813 Dinah Dean was living with Ruth and David Dean when she was once again mentioned in a will:

TO RUTH DEAN, (DAUGHTER OF NATHANIEL)

CHURCH IN HIGHTSTOWN, ALL REISDUES OF ESTATE

AFTER DEBTS ARE PAID, FOR THE PROMONTION OF

The last reference to Dinah Dean is in 1850 Federal Census. She is listed as being 55 and living with Robert Dean.  Its not known what the relationship was between Dinah and Robert.