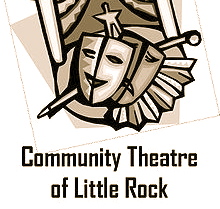 The Community Theater of Little Rock Presents Moonlight and Magnolias

An Overview of Moonlight and Magnolias, 1939 Hollywood is abuzz. Legendary producer David O. Selznick (Mark Troillett) has shut down production of his new epic, Gone with the Wind, a film adaptation of Margaret Mitchell’s novel. The screenplay, you see, just doesn’t work. So what’s an all-powerful movie mogul to do? While fending off the film’s stars, gossip columnists and his own father-in-law, Selznick sends a car for famed screenwriter Ben Hecht (Danny Troillett) and pulls formidable director Victor Fleming (Tom Crone) from the set of The Wizard of Oz. Summoning both to his office, he locks the doors, closes the shades, and on a diet of bananas and peanuts, the three men labor over five days to fashion a screenplay that will become the blueprint of one of the most successful and beloved films of all time. 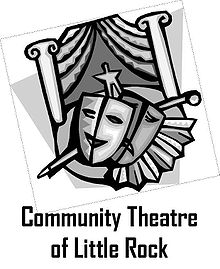 Community Theatre of Little Rock is a non-profit organization based in Little Rock, Arkansas and founded in 1956. It is a completely volunteer-driven organization.

Since its inception, CTLR has performed in many venues in Little Rock. In the very early years, The Parish Hall at 9th and Louisiana, Trinity Parish Hall, Robinson (Center) Auditorium, a renovated feedstore at 609 Center Street and The Medical Center Auditorium provided performance stages. In the 1960s and 1970s, National Investors Life Building, the Arkansas Arts Center, Student Union became venues. The 1980s found the troupe performing again in the Arkansas Arts Center, UALR, the UALR, The Arkansas Repertory Theatre, Little Rock Garden Council and Hall High School. Capital Keyboard Theatre became home until the Arkansas School for the Blind offered the use of Woolly Auditorium from 2002 to 2008. In 2008 Community Theatre of Little Rock moved into a new home at the PUBLIC Theatre, located in the heart of Downtown Little Rock, Arkansas.

“We continue to provide our community with live theatrical productions of the highest quality, as well as providing opportunities for talented people of all ages to perform and participate in every phase of producing live theater.”

In the Summer of 2008, Community Theatre of Little Rock combined forces with the PUBLIC Theatre and ImprovLittleRock to showcase their talents. The PUBLIC Theatre is a 66-seat performing-arts space focusing on theatre, independent film, and live music.

As its name suggests, The PUBLIC Theatre is a place where creative artists in theatre, film, and music can develop and express their ideas in an open-spirited, collaborative environment, while at the same time producing entertainment that will draw and satisfy as large an audience as possible.

Community Theatre of Little Rock has presented over 200 mainstage productions since its inception in 1956. Future endeavors include classes in basic acting, dance, singing, set design/construction, and prop manufacturing.