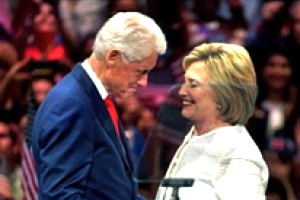 Clinton Steps Into Primary Win as ‘History Made’

Presumptive Democratic nominee Hillary Clinton stepped out in Brooklyn, declaring that her primary wins have helped make history as she becomes the first female nominee of a major political party (June 7). 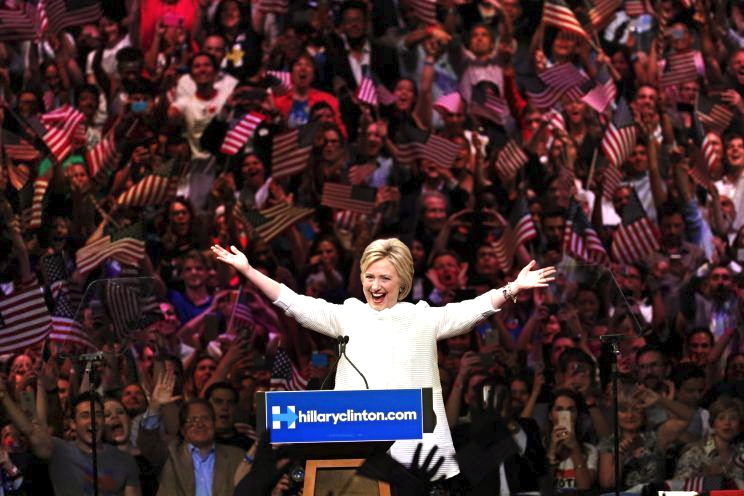 BROOKLYN, N.Y. — Hillary Clinton cemented her status as the first woman to become presumptive presidential nominee of a major American political party on Tuesday night, when the Associated Press projected her the winner in New Jersey’s Democratic primary.

Clinton’s victory in the Garden State ensures she will have more pledged delegates, unbound superdelegates and overall voters than her rival Sen. Bernie Sanders of Vermont. She declared victory at a New York City rally in the Brooklyn Navy Yard.

“Thanks to you, we’ve reached a milestone: the first time in our nation’s history that a woman will be a major party’s nominee,” Clinton told her supporters. “Tonight’s victory is not about one person. It belongs to generations of women and men who struggled and sacrificed and made this moment possible.”

The former first lady, senator and secretary of state technically earned her status on Monday, after the AP and multiple other media outlets projected that she had obtained firm commitments from enough Democratic superdelegates to secure the nomination at the party’s convention next month. However, the AP call was criticized as a “rush to judgment” by the Sanders campaign. Even Clinton’s own team argued that the real “milestone” would come after she secured a majority of the pledged delegates and primary voters. 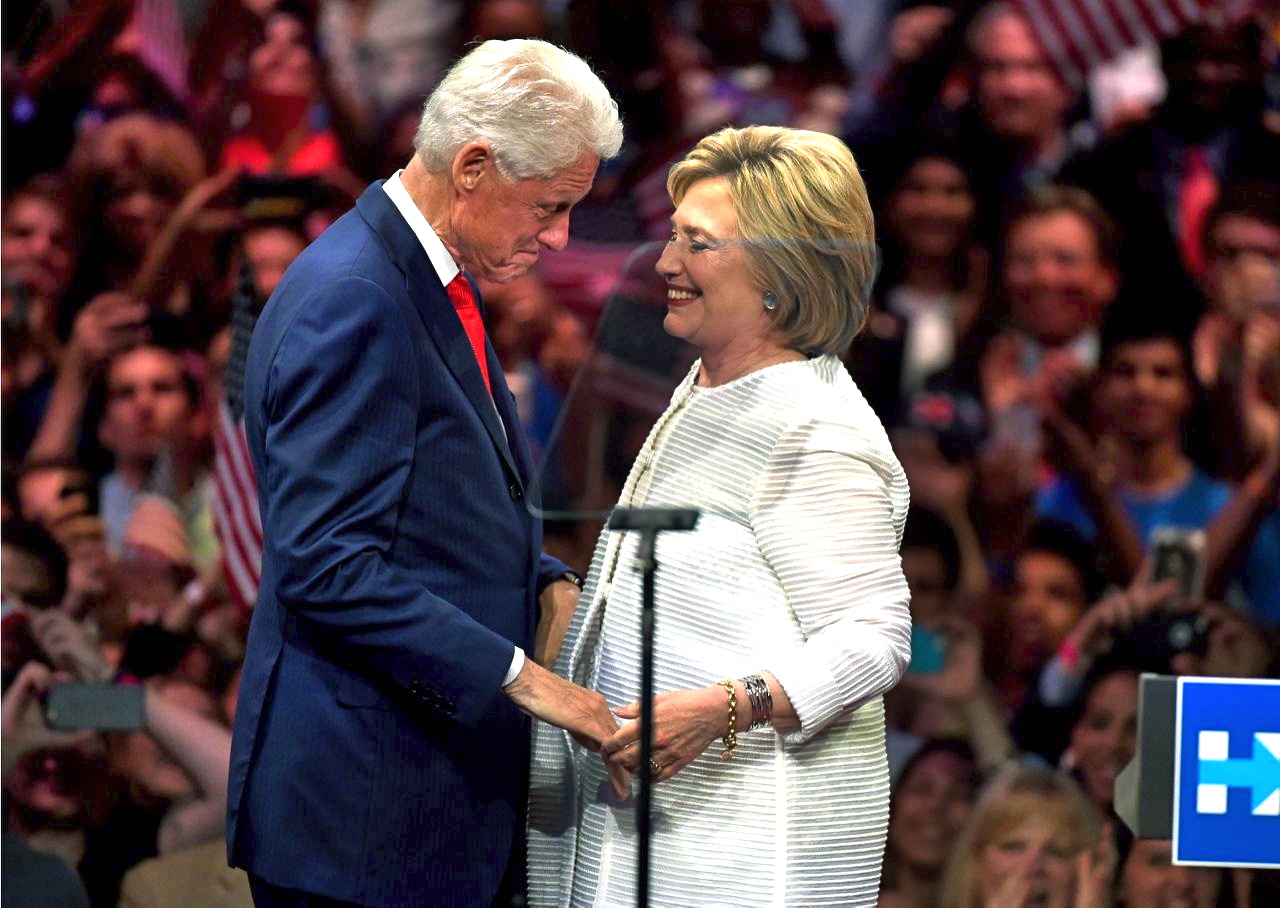 After the results were announced in New Jersey, the AP projected Clinton the winner in New Mexico and South Dakota. Sanders scored victories in North Dakota and Montana. Voters also headed to the polls in California on Tuesday, but those results have not yet been declared. However, even a Sanders sweep would not affect the overall outcome of the race.

Clinton’s victory came just three days after the 97th anniversary of the passage of the 19th Amendment, which gave women the right to vote the following year in 1920. Clinton said in her speech that her mother was born on the same day as the amendment’s passage. Her win was also eight years to the day after she conceded the 2008 Democratic presidential primary to Barack Obama, with a speech in which Clinton famously declared that her supporters helped put “18 million cracks” in the “glass ceiling.” She recalled that concession speech Tuesday evening.

“It may be hard to see tonight, but we are all standing under a glass ceiling right now. But don’t worry, we’re not smashing this one,” Clinton quipped.

Earlier in the evening, her team released the video that played as an introduction to her remarks. It included footage from the women’s suffrage movement, interspersed with footage of female politicians and Clinton supporters. It concluded with a call to “keep making history.”

Sanders also spoke on Tuesday evening at an event in California, where polls showed a tight race between him and Clinton. Though it was clear before any results were announced on Tuesday that it would be almost impossible for Sanders to earn more delegates than Clinton, he has pointed to national polls that show he would perform better against the presumptive Republican nominee, Donald Trump. Sanders urged superdelegates who support Clinton to switch sides before the Democratic National Convention next month.

In his speech on Tuesday night, Sanders indicated he has no plans to drop out before the District of Columbia primary on June 14.

“Next Tuesday we continue the fight in the last primary in Washington, DC,” Sanders said.

Sanders also ripped into Trump and suggested the movement created by his campaign was bigger than himself and would continue through at least the Democratic Party convention next month.