You are here: Home / Education / Say No To Drugs / Chiara de Blasio Tells Her Story 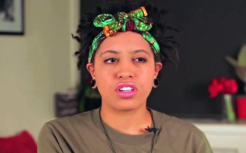 For many, the holiday season is a time for joy. But it’s also a time when many of those battling depression and substance abuse find their struggle most difficult. In the hopes of helping others, Chiara de Blasio wants to share her personal story. If you think you have a problem, don’t wait. Ask for help. Talk to a friend, family member, or health professional today. 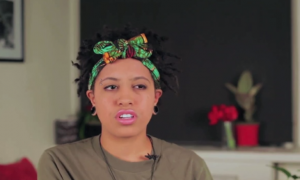 Chiara said getting sober was the hardest thing she’s ever done and urges others to get the help that she did. She says: “Removing substances from my life has opened so many doors for me.” Currently sober, Chiara said she sought the help of an out patient therapist.

“For many, the holiday season is a time for joy. But it’s also a time when some of those battling depression and substance abuse find their struggle most difficult. With the hope of helping others, our daughter Chiara is courageously sharing her story.

As parents, our instinct has been to protect our daughter and privately help her through a deeply personal struggle. But not only has Chiara committed to her own health, she is also committed to helping young people everywhere who face similar challenges.

Her courage to speak out demonstrates a wisdom and maturity far beyond her 19 years, and we are grateful every day for her commitment to lifting up those who need to know that they are not alone. We are so proud of Chiara and love her deeply.”