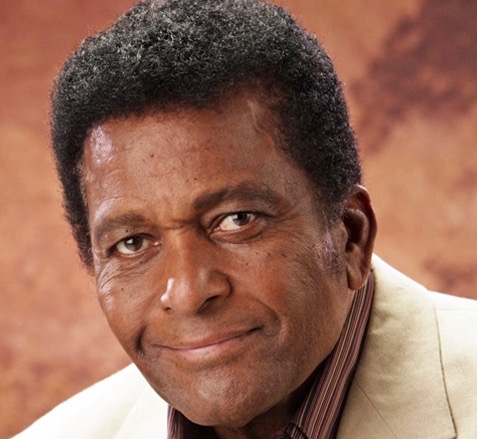 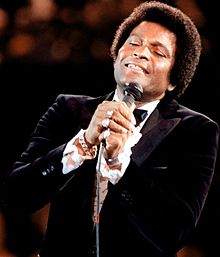 Charley Frank Pride (born March 18, 1934 is an American country music singer, musician/guitarist, recording artist, performer and business owner. His greatest musical success came in the early- to mid-1970s, when he became the best-selling performer for RCA Records since Elvis Presley. During the peak years of his recording career (1966–87), he garnered 52 top-10 hits on the Billboard Hot Country Songs charts, 29 of which made it to number one.

Pride is one of the few African Americans to have had considerable success in the country music industry and one of only three (along with DeFord Bailey and Darius Rucker) to have been inducted as a member of the Grand Ole Opry. He was inducted into the Country Music Hall of Fame in 2000.

Pride was born in Sledge, Mississippi, one of 11 children of poor sharecroppers. His father intended to name him Charl Frank Pride, but owing to a clerical error on his birth certificate, his legal name is Charley Frank Pride. Eight boys and three girls were in the family. He married Rozene Cohan in 1956.

When Pride was 14, his mother purchased him his first guitar and he taught himself to play. Though he also loved music, one of Pride’s lifelong dreams was to become a professional baseball player. In 1952, he pitched for the Memphis Red Sox of the Negro American League. He pitched well, and in 1953, he signed a contract with the Boise Yankees, the Class C farm team of the New York Yankees. During that season, an injury caused him to lose the “mustard” on his fastball, and he was sent to the Yankees’ Class D team in Fond du Lac, Wisconsin. Later that season, while in the Negro leagues with the Louisville Clippers, another player (Jesse Mitchell) and he were traded to the Birmingham Black Barons for a team bus. “Jesse and I may have the distinction of being the only players in history to be traded for a used motor vehicle,” Pride mused in his 1994 autobiography.

He pitched for several other minor league teams, his hopes of making it to the big leagues still alive, but the Army derailed this. After serving two years in the military, he tried to return to baseball. Though hindered by an injury to his throwing arm, Pride played three games for the Missoula Timberjacks of the Pioneer League (a farm club of the Cincinnati Reds) in 1960, and had tryouts with the California Angels (1961) and the New York Mets (1962) organizations, but was not picked up by either team.

When he was laid off by the Timberjacks, he moved to work construction in Helena, Montana, in 1960. He was recruited to pitch for the local semipro baseball team, the East Helena Smelterites, and the team manager helped him get a job at the local Asarco lead smelter. The lead smelter kept 18 jobs open specifically for baseball players, and arranged their shifts so they could play as a team. Pride batted a .444 his first year. 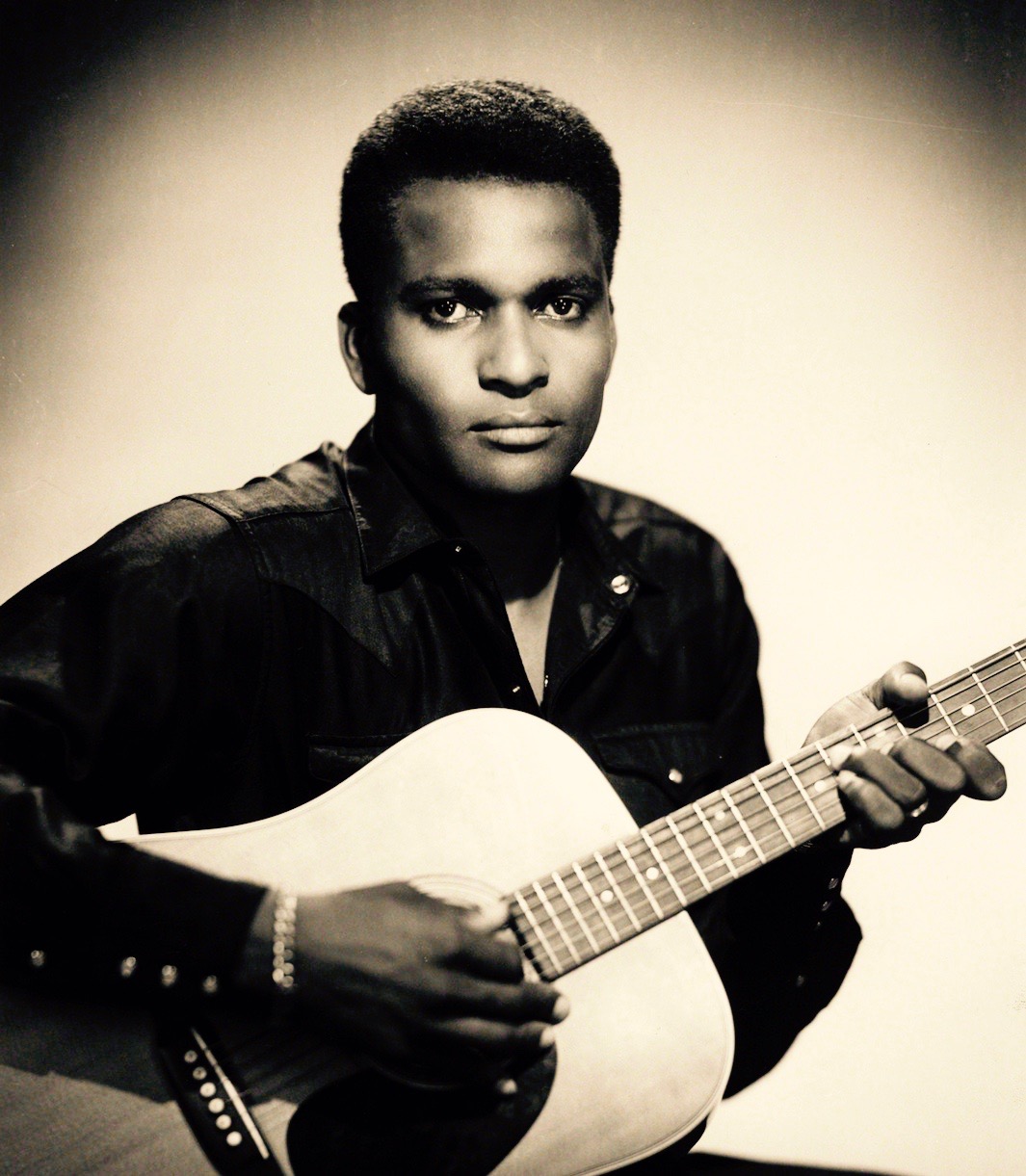 Pride’s singing ability soon came to the attention of the team manager, who also paid him to sing for 15 minutes before each game, which increased attendance and earned Pride another $10 on top of the $10 he earned for each game. He also played gigs in the local area, both solo and with a band called the Night Hawks, and Asarco asked him to sing at company picnics. His job at the smelter was dangerous and difficult. He once broke his ankle, and routinely unloaded coal from railroad cars and shoveled it into a 2,400° F furnace, which he also had to keep clear of slag, a task which frequently gave him burns. In a 2014 interview, Pride explained, “I would work at the smelter, work the swing shift and then play music,” said Pride. “I’d work 11-7. Drive. Play Friday. Punch in. Drive. Polson. Philipsburg.”

Between his smelter job and his music, he made a good living in the Helena area. He moved his wife and son to join him and they lived in Helena until 1967, purchasing their first home there, and with their children Dion and Angela being born at the local hospital. The Pride family moved to Great Falls, Montana, in 1967, because Pride’s music career was taking off and he required quicker access to an airport. The family ultimately left Montana and moved to Texas in 1969. In a 1967 interview with the Helena Independent Record, Rozene commented that the family encountered minor racism in Montana, citing an incident where they were refused service in a restaurant and another time when a realtor refused to show them a home, but she felt that the family endured less racism than she saw leveled against local Native American people, whose treatment she compared to that given to black people in the south. Pride has generally spoken with fondness of the near-decade he spent there. “Montana is a very conservative state…I stood out like a neon. But once they let you in, you become a Montanan. When the rumor was that I was leaving. They kept saying, ‘we will let you in, you can’t leave.’”

On June 5, 2008, Pride and his brother Mack “The Knife” Pride and 28 other living former Negro league players were “drafted” by each of the 30 Major League Baseball teams in a recognition of the on-field achievements and historical relevance of 30 mostly forgotten, Negro-league stars. Pride was picked by the Texas Rangers, with whom he has had a long affiliation, and the Colorado Rockies took his brother. 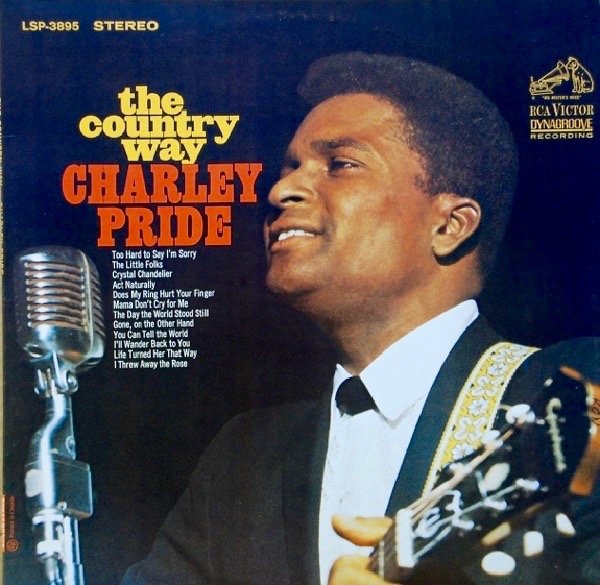 While he was active in baseball, Pride had been encouraged to join the music business by country stars such as Red Sovine and Red Foley, and was working towards this career. In 1958, in Memphis, Pride visited Sun Studios and recorded some songs. One song has survived on tape, and was released in the United Kingdom as part of a box set. The song is a slow stroll in walking tempo called “Walkin’ (the Stroll).”

He played music at clubs in Montana solo and with a four-piece combo called the Night Hawks during the time he lived in Montana. His break came when Chet Atkins at RCA Victor heard a demonstration tape and got Pride a contract. In 1966, he released his first RCA Victor single, “The Snakes Crawl at Night” Nashville manager and agent Jack D. Johnson signed Pride. Atkins was the longtime producer at RCA Victor who had made stars out of country singers such as Jim Reeves, Skeeter Davis and others. Pride was signed to RCA Victor in 1965. “The Snakes Crawl at Night” did not chart. On the records of this song submitted to radio stations for airplay, the singer was listed as “Country Charley Pride.” At this time, country music was a white medium. Jack made sure that no pictures of were distributed for the first two years of his career, to avoid the effects of Jim Crowism.[citation needed] Pride disputes that the omission of a photo was deliberate; he stated that getting promoters to bring in a black country singer was a bigger problem: “people didn’t care if I was pink. RCA signed me… they knew I was colored…They decided to put the record out and let it speak for itself.” While living in Montana, he continued to sing at local clubs, and in Great Falls had an additional boost to his career when he befriended local businessman Louis Allen “Al” Donohue, who owned radio stations including KMON, the first stations to play Pride’s records in Montana.

Soon after the release of “The Snakes Crawl at Night,” Pride released another single called “Before I Met You,” which also did not chart. Soon after, Pride’s third single, “Just Between You and Me,” was released. This song was the one that finally brought Pride success on the country charts. The song reached number nine on the US country chart.