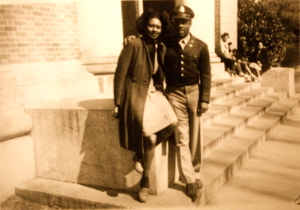 1952-1956 â€“ Dr. Brown, teaching experience was at the Veterans
Administration, Newark, New Jersey. Where he
counseled Veterans On medical, emotional and social
problems such as jobs and housing. He also supervised
students from Rutgers and Columbia Universities.

1956-1961 â€“ Dr. Brown, teaching experience was at Rutgers
University the State University of New Jersey where
he was an Assistant Professor, In the School of
Social Work.

1961-1972 â€“ *His teaching experience at Rutgers University the
State University as Associate Professor, in the
School of Social Work. Special Event â€“ Debated
Malcolm X on the subject of Separation or
Desegregation.

1965 â€“ On September 1965-May 1966 his special assignment was a
visiting Professor at the University of Wisconsin and
taught Human Growth & Development.

1969 â€“ Attended City University of New York, New York City.
PhD, in Human Growth & Development. That year Dr. Brown
was awarded and selected by the North and South Jersey
Chapters of The NASW as Social Worker of the Year.

1972-1989 â€“ Teaching experience was at Rutgers University the
State University of New Jersey. Professor Emeritus, the
School of Social Work Rutgers. His primary duties
involved classroom instruction in the Direct Practice
Sequence. Planned and implemented courses and skill
experiences in individual and group intervention and
family therapy. Served as liaison between the school and
six fields practice agencies as well as Student
Counseling.

1993 â€“ Was a visiting Lecturer at Hebrew University, Jerusalem in
Lectured on the American Social Security System.