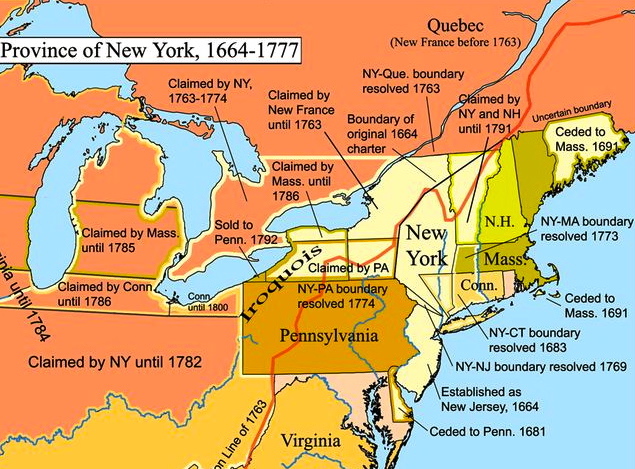 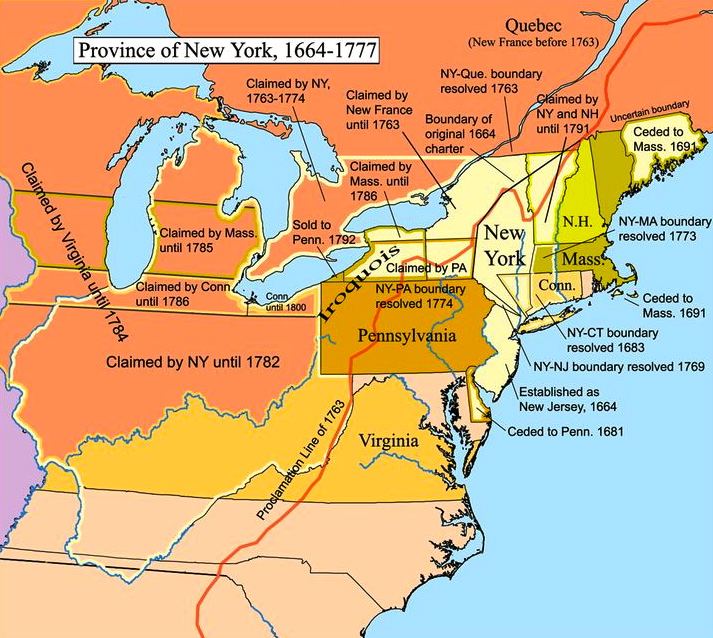 The line of 45 degrees north was settled as the boundary between the province of Quebec and New York by royal proclamation issued in October, 1763. This was confirmed in Council on August 12, 1768. The line was surveyed by Valentine and Collins in 1774. By the treaty of 1783 the forty-fifth parallel was recognized as the northern boundary of the State, from Lake Champlain to the St. Lawrence River. This was confirmed by the Treaty of Ghent, provisions for a resurvey being then made. In 1818-19 the resurvey was carefully made by Van Ness and Porter, United States commissioners, and John Ogilvie, British commissioner.

They found that the old line coincided with the parallel only at St. Regis. From that point eastward the line diverged until at Lake Champlain it was 4,200 feet too far north. This was unfortunate I or the United States, for the Government had already erected, or had commenced to erect, a fortress at Rouses Point, on Lake Champlain.

The fortress was, therefore, within British territory. However, by the treaty of August 9, 1842, the Valentine-Collins line was restored, United States Commissioner Albert Smith and British Commissioner J. B. B. Estcourt reestablishing the line of 1774.