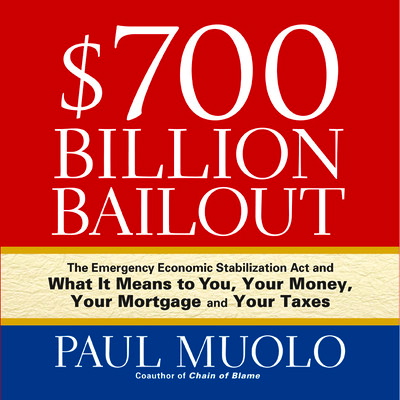 With the economy on the brink of meltdown and elections looming, a reluctant Congress abruptly reversed course and approved a historic $700 billion government bailout of the battered financial industry. The 263-171 vote capped two weeks of tumult in Congress and on Wall Street, punctuated by urgent warnings from Bush that the country confronted the gravest economic disaster since the Great Depression if lawmakers failed to act. 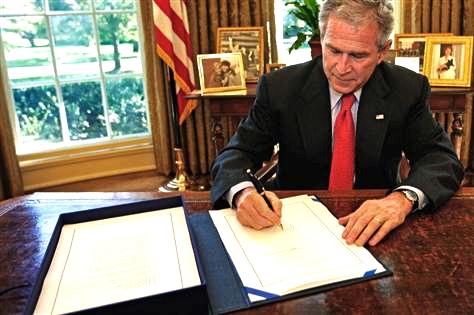 President Bush signs the Emergency Economic Stabilization Act of 2008 in the Oval Office after the House passed the financial bailout bill Friday.

President Bush signed into law Friday a historic $700 billion bailout of the financial services industry, promising to move swiftly to use his sweeping new authority to unlock frozen credit markets to get the economy moving again.

“It’s complicated, and we’re going to make sure whatever we do is done in a deliberative fashion,” Bush told reporters after he signed the bill as soon as he got it from the House, which passed the measure after a topsy-turvy week of legislative victories, defeats and power plays.
But he promised to get the ball rolling quickly, because the authority is “essential to helping Ameica’s economy weather the financial crisis.”

Stocks were down moderately in late tradingafter the successful vote. Earlier, stocks had been up sharply.
After a week of reversals and intense lobbying, the measure ended up comfortably passing the House by a vote of 263-171 after members who voted to kill it earlier in the week came around to a Senate version that offered more protection for individual investors and small businesses.

“The broad authorities in this legislation, when combined with existing regulatory authorities and resources, gives us the ability to protect and recapitalize our financial system as we work through the stresses in our credit markets,” Paulson said in a statement, in which he promised to “move rapidly to implement the new authorities.” 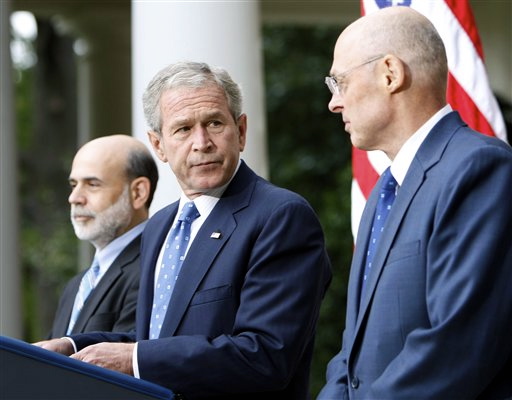 Under the plan, the Treasury Department would be authorized to spend as much as $700 billion to buy bad mortgage-related securities, which have slowed and, in some cases, dried up the flow of credit.

The Senate dramatically changed the measure Wednesday, adding an additional $110 billion in additional tax breaks, incentives and other measures, including an expansion of coverage of individual bank deposits by the Federal Deposit Insurance Corp.

The calculus for Speaker Nancy Pelosi, D-Calif., and other House leaders was whether the additions would lure enough support to overcome new objections from conservative members to the added costs.
“House and Senate leaders promised the bill wouldn’t be a Christmas tree of add-ons, and in a matter of days it’s gone from a Charlie Brown Christmas tree to Rockefeller Center,” said Rep. Steve LaTourette, R-Ohio, who led failed efforts to strip out what he called “egregious” tax breaks. “It’s Christmas in October.”

But Majority Leader Steny Hoyer, D-Md., said compromise was needed. He said that while he strongly opposed the Senate’s decision to pay for many of the tax breaks with debt, he could not forget everyday Americans at home who were struggling.

Twelve switched votes were needed to pass the bill; in the end, 58 House members signed on, including Zach Wamp, R-Tenn.

“We’re out of choices. Our backs are up against the wall,” Wamp said.

House leaders said the difference was lawmakers’ work to shift the focus from the bailout of financial companies to the boost it would give homeowners, small businesses and individual investors.
“All the attention was on Wall Street, and we wanted to turn that attention,” Pelosi said after the vote.
Rep. Jim Clyburn, D-S.C., the Democratic whip, concurred, saying that “‘bailout’ is an inaccurate way to describe this package.”

“I think that we have come up with an incredible piece of legislation that addresses not just Wall Street but also Broad Street,” the main business district of his hometown, Sumter, S.C. 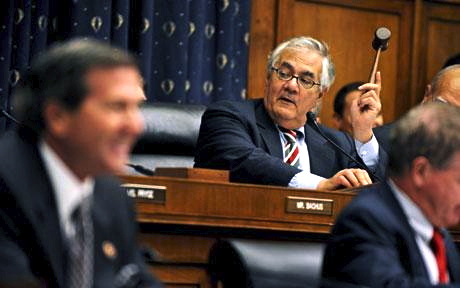 But Rep. Barney Frank, D-Mass., who as chairman of the Banking Committee did the heavy lifting on persuading members to sign on, said the work was only beginning.

“It would be highly irresponsible — a betrayal of our oath — if we were to stop here. Now we have to perform more serious reform,” he said, promising to seek a complete overhaul of federal regulations “for all of the financial industries.”

“What Congress said to the American people today I hope will be taken as a promise,” Frank said. “Our task now is to make sure no future Congress faces this choice.”
Bad news spurs urgency

Pressure on holdouts grew Friday after the Labor Department said the economy lost 159,000 jobs in September , the most in more than five years, a worrisome sign that the economy is hurtling toward a deep recession.

That came on top of Thursday’s Commerce Department report that factory orders in August plunged by 4 percent. 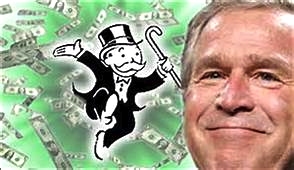 Bush lobbied aggressively for passage of the bill, which Tony Fratto, a spokesman for the White House, said was not necessarily intended to boost the economy. “It’s to avoid a crisis,” he said.

The vote was House leaders’ second stab at the legislation after the Senate jumped the line and passed its revised version Wednesday.

“The Senate may have taken us hostage,” Frank said. “They may have us at arrow-point, and we may have to vote for this even with their obnoxious provisions.”

Some of those provisions were not so obnoxious to business owners like Carl Adams, a real estate agent in Paducah, Ky. Preserving banks’ ability to fuel the economy is crucial, he said, but to do that, the banks have to stay healthy. 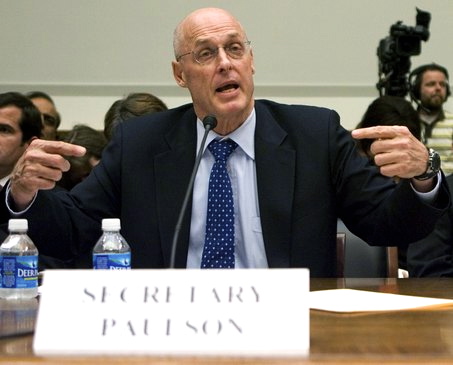 “If the banks’ money dries up — in other words, they can’t afford to lend us money for our clients — then you’re going to see everything snowball from there,” he said.