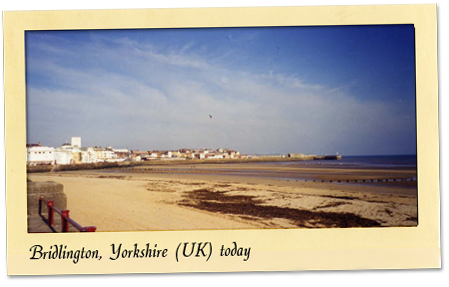 Burlington County was first home to the native Lenni-Lenape peoples, and their ancestors who lived in the modern-day states of Delaware, New Jersey, New York and Pennsylvania over a period of 12,000 years (to the present day). The native name for the Lenape homeland was Lenepehoking, meaning land of the Lenape.

The Lenni-Lenape have been generically divided into three groups in the past, and we shall utilize this below for the sake of simplicity (although it has been reasoned that these divisions were not as simply based on geographic residency, but language and family based groupings).

The Minsi/Munsee clan, or “people of the stony country”, lived in the northern areas of Lenepehoking, and took the Wolf as their emblem.

The Unami, or “the people down the river”, were represented by a Turtle and lived in the central part of Lenapehoking.

The Unilachtigo clan, or “the people who lived near the ocean”, were the southernmost tribe of Lenapehoking and took the Turkey as their emblem.

A great deal of the native peoples immigrated to other states as developments impelled them to conceal themselves, or congregate with other native peoples for safety. During this diaspora, the first and last “Indian” reservation in New Jersey was created in Shamong, and known as the Brotherton reservation. The Brotherton reservation however did not last long, and its native owners moved in 1802 to live with other Algonquian groups in Oneida, NY.

From 1624- Burlington Island (Matennecunk Island in the original native Lenape) in the Delaware River, was populated by the first Europeans to the area; Dutch Walloons (whose origins lay in Belgium). A fort and governing center was set up on the Island, and the banks were home to a small number of dwellings and a tavern. Due to altercations between the Dutch and Swedes, the settlement changed hands many times until becoming a British possession after the fall of New Netherlands by mandate of the Treaty of Westminster (1674).

The usual date employed for the founding of the present settlement of Burlington City, is 1677. It was at this time, that Quaker colonists from Yorkshire and the “home counties” of England settled the area. In fact the name Burlington itself appears to be a drawn from Burlington Quay, which served and was consumed by nearby Bridlington, Yorkshire. It was also from Burlington Quay that many Burlington colonists sailed to the New World.

The colonies grew in leaps and bounds over the century leading up to independence. It was during this period that Ben Franklin was first associated with Burlington, when in 1723 he passed through on his way to Philadelphia (local lore has it that he bought gingerbread from the Revell house. This has been questioned by scholars, but his visit to the city is not in question). Ben Franklin returned to the city in 1728 to begin printing the first paper money in New Jersey. Although the print shop is now gone, the space remains on high street where it was situated, and the society owns the original door handle pertaining to the print shop.

William Franklin (the son of Benjamin Franklin) lived in the royal governor’s mansion in the city of Burlington, and was New Jersey governor until the revolution. His father had requested British officials give his son tenure as governor, while working as colonial ambassador in London. At this time Burlington was both the county seat., and one of the two capitals of New Jersey (Burlington being the capital of West Jersey, Perth Amboy being the Capital of East Jersey).

Shortly before the revolution broke out, William Franklin moved to Perth Amboy, where he was arrested by revolutionary troops in 1766.

John Lawrence served in the royal government during the colonial era. During the revolution, Lawrence saved the city by negotiating for a Hessian withdrawal from the city to end the naval bombardment (this was said to have occurred on our property in the Captain James Lawrence House).

The revolutionary war induced all sections of society to take up arms. This notion was illustrated in the person of Oliver Cromwell (Drummer to George Washington), an African American enlistee whose military release papers are said to have been signed by Washington himself. After the war he settled a farm on the outskirts of the city, but moved to a town home in the center of the city before his passing (shortly before his 101st birthday).

1781 – James Lawrence, John Lawrence’s son was born here at the Captain James Lawrence House, and lived here until the age of 13. From age 13 to 15 James lived with his brother and was schooled as a lawyer according to his father’s wishes, however upon his father’s death James returned to the city to learn navigation before heading into the navy. James Lawrence, distinguished himself as a hero of the Tripoli Campaign (America’s first foreign victory). Lawrence, passed at age 32 while commanding his ship the Chesapeake during a naval action against the British Ship the Shannon (where he spoke the immortal words “Don’t Give up the Ship”, which are now the U.S. Navy’s motto). He was given a full military funeral by the British at Halifax, Nava Scotia. However a request for his remains was made, and they were returned to the US where he was finally laid to rest with his wife at Trinity Church in New York.

1789 – American novelist James Cooper (later James Fenimore Cooper) was born on our property at the Fenimore Cooper House. He lived here for his first year, before moving to upstate New York where his father had built a new community known as Cooperstown (now renown for the baseball hall of fame). John Cooper himself has been accredited as an important figure in the evolution of the U.S. due to his pioneering work in American town planning.

1815 – Joseph Bonaparte arrived in New York, eventually settling in New Jersey after becoming a Napoleonic refugee. Joseph served as both king of Naples, and later Spain while in Europe, but sought safety in neutral USA after the fall of the Napoleonic Empire. He first associated with Philadelphia society, but this connection went somewhat sour due to an extra-marital relationship with Annette Savage (a Quaker lady of Philadelphia society). Soon Joseph decided to buy a plot of land in Bordentown, where he built an estate called Point Breeze in 1816. While in the colonies, Joseph went under the nom de plume “Count de Survilliers” so as not to attract too much attention. After 16 years at Point Breeze, Joseph returned to Europe in 1832. Joseph came back to the estate for a spell of two years from 1837 to 1839, in an attempt to stop a rail line being laid through his property. Upon winning the case, Joseph returned to Europe where he died in Florence, Italy at age 76.

The society owns various pieces from the Point Breeze estate including the following:

Jefferson Gaunt – Jefferson Gaunt, son of Uz Gaunt was a recognized local painter during the early to mid-19th century. Of his various works, one depicted the octagonal Quaker meeting which before his time had been situated on high street in the city of Burlington (later disassembled and made into a Quaker school on the junction of nearby York and Penn Sts). This painting is in our collection, situated in the upper gallery of the Captain James Lawrence House.

Dr. James Still – “Doctor of the Pines”. Still was an African American doctor of great renown in the area, whose office was situated on Church Road in modern-day Medford (where it remains to this day). Probably most the most significant accreditation was Still’s use of local plants and herbs in his remedies.

The Civil War was closely tied to the history of Burlington County. General Ulysses S. Grant’s family lived in the city for the final year of the war, and was cared for by Grant’s military professor from West Point who lived across the street. Further, abolitionists were very prominent in the city, and held a large rally in front of historic Wheatley’s Pharmacy here on High Street in Burlington.

Industrializtion:Smithville – Smithville began as a textile & iron working village called Shreveville, during the 19th century. It was bought by H.B.
Birch Carriages – James Birch began his business as a carriage repair shop in 1862, but at its peak Birch Carriages produced over 200 models and employed hundreds of workers. The factory itself was only a short distance away from the Corson Poley Center, on High Street. However, as the automobile took primacy in the U.S., Birch shifted the emphasis of production to the manufacture of special carriages designed for the Asian Market.Smith in 1865, and quickly began the production

of a multitude of products, most notably the Star bicycle (one of which can be found in our museum).The Jinrikisha shown here is a perfect example of the product line exported to the Orient.

The Budd Shoe Factory – The Budd Shoe Factory was built in 1884 in the city of Burlington, and became one of the nation’s largest shoe manufacturers. Situated a few blocks from our property, the factory marked an important period in Burlington County history and its industrial past. Fortunes waned however and the building went through various owners to the present day, it is currently restored as housing.

Roebling – One of the most prominent industrial centers in the state during the early 20th century, Roebling was built as a factory town in 1905. Today Roebling exists in a state of great preservation, and is a wonderful example of early twentieth century town planning. At its peak Roebling created cables for the Golden Gate Bridge in San Francisco, California, and the George Washington Bridge between New York and New Jersey to name but two of its achievements.

Today Burlington County is a place of great contrasts, from the Pine Barrens and cranberry bogs, to the lush farm lands and marshy river lands; Burlington County has plenty to offer both its residents, and tourists from further afield. Our historical society is situated on High Street in the old colonial capital of Burlington, a place which has been reinvigorated in recent years and strives to become a tourist destination. Burlington city is host to plenty of restaurants and historical properties, which make it the ideal place to take in a leisurely visit.