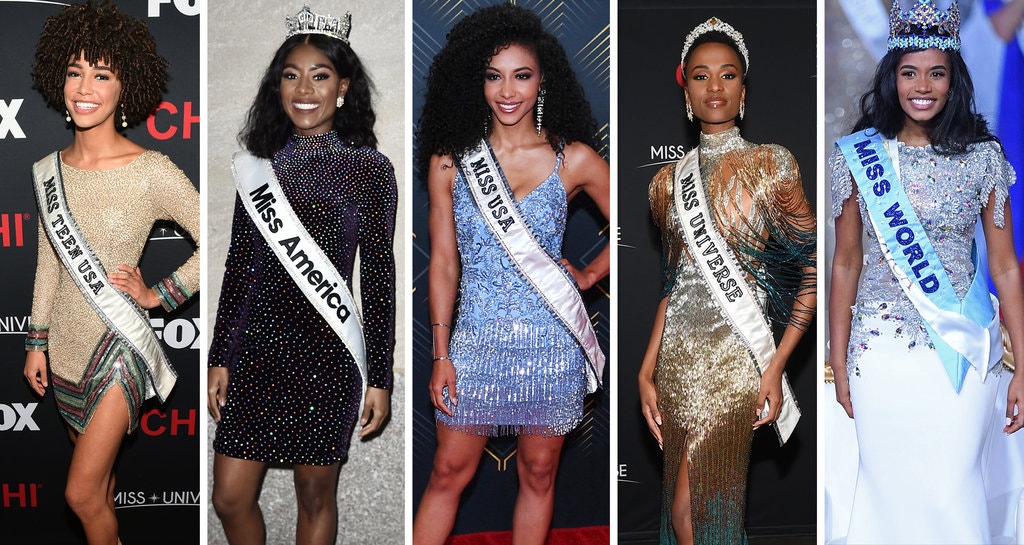 Toni-Ann Singh of Jamaica was crowned Miss World on Saturday, marking the first time that black women have simultaneously held the titles of five of the world’s top beauty pageants.

Her victory underscored what was already a watershed year in pageantry, which for decades struggled with racism, segregation and gender stereotyping.

Last week, when Zozibini Tunzi of South Africa was named Miss Universe, it was the first time four major pageant crowns were held by black women. And when Kaliegh Garris won Miss Teen USA in April and Cheslie Kryst won Miss USA in May — joining Nia Franklin, who was named the 2019 Miss America last year — it was the first time three of the titles were held by black women.

Together, their wins showed how the competitions have evolved from typically only validating features associated with white women, like lighter skin and straight hair. That evolution could influence communities globally, where blackness is rarely held as the standard of beauty, Noliwe Rooks, professor of Africana studies at Cornell University, said on Sunday. To know more go to the link below: