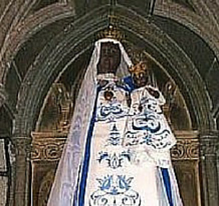 History of The Black Madonna (Spain) 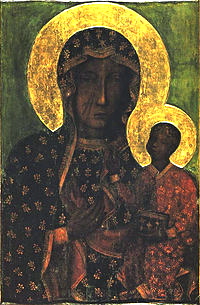 The Black Madonna of Częstochowa, Poland

A Black Madonna or Black Virgin is a statue or painting of Mary in which she is depicted with dark skin, especially those created in Europe in the medieval period or earlier. The Black Madonnas are generally found in Catholic countries. The term refers to a type of Marian statue or painting of mainly medieval origin (12th to 15th centuries), with dark or black features. The statues are mostly wooden but occasionally stone, often painted and up to 75 cm (30 in) tall. They fall into two main groups: free-standing upright figures or seated figures on a throne. The pictures are usually icons which are Byzantine in style, often made in 13th- or 14th-century Italy. There are about 450–500 Black Madonnas in Europe, depending on how they are classified. There are at least 180 Vierges Noires in France, and there are hundreds of non-medieval copies as well. Some are in museums, but most are in churches or shrines and are venerated by devotees. A few are associated with miracles and attract substantial numbers of pilgrims. 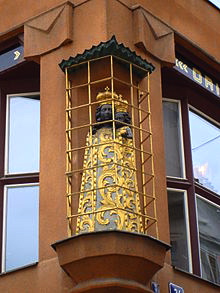 Madonna at House of the Black Madonna, Prague

Important early studies of dark images in France were done by Marie Durand-Lefebvre (1937), Emile Saillens (1945), and Jacques Huynen (1972). The first notable study of the origin and meaning of the Black Madonnas in English appears to have been presented by Leonard Moss at a meeting of the American Association for the Advancement of Science on December 28, 1952. Moss broke the images into three categories: dark brown or black Madonnas with physiognomy and skin pigmentation matching that of the indigenous population;  various art forms that have turned black as a result of certain physical factors such as deterioration of lead-based pigments, accumulated smoke from the use of votive candles, and accumulation of grime over the ages, and residual category with no ready explanation. 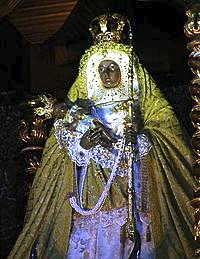