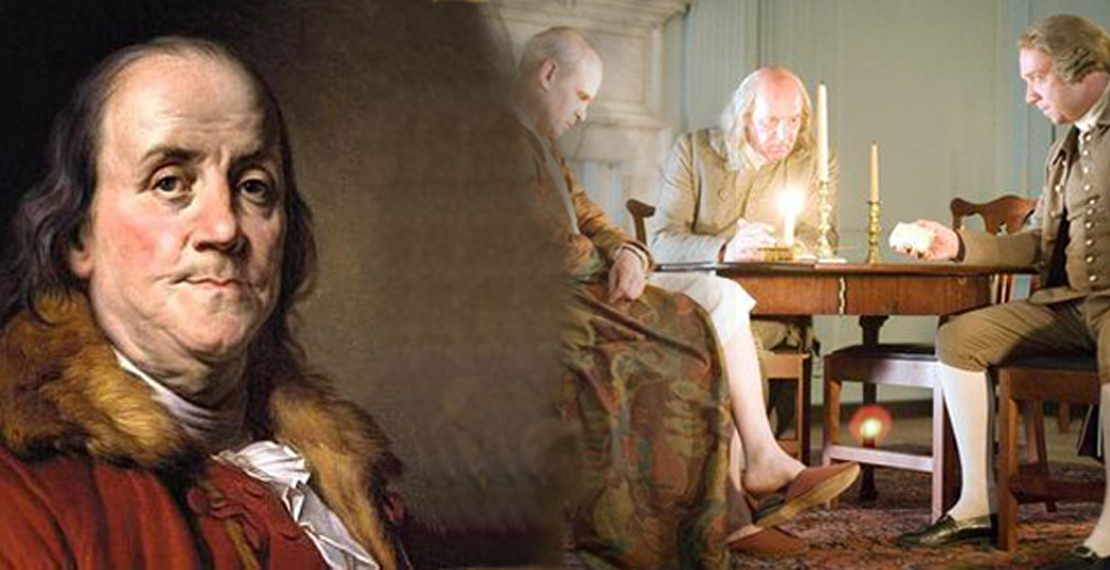 A noted polymath, Franklin was a leading author, printer, political theorist, politician, postmaster, scientist, musician, inventor, satirist, civic activist, statesman, and diplomat. As a scientist, he was a major figure in the American Enlightenment and the history of physics for his discoveries and theories regarding electricity. He invented the lightning rod, bifocals, the Franklin stove, a carriage odometer, and the glass ‘armonica’. He formed both the first public lending library in America and the first fire departmentin Pennsylvania.

Franklin earned the title of “The First American” for his early and indefatigable campaigning for colonial unity; as an author and spokesman in London for several colonies, then as the firstUnited States Ambassador to France, he exemplified the emerging American nation. Franklin was foundational in defining the American ethos as a marriage of the practical and democratic values of thrift, hard work, education, community spirit, self-governing institutions, and opposition to authoritarianism both political and religious, with the scientific and tolerant values of the Enlightenment. In the words of historian Henry Steele Commager, “In a Franklin could be merged the virtues of Puritanism without its defects, the illumination of the Enlightenment without its heat.”  To Walter Isaacson, this makes Franklin “the most accomplished American of his age and the most influential in inventing the type of society America would become.” 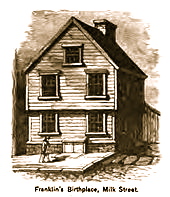 Benjamin Franklin was born on Milk Street, in Boston, Massachusetts, on January 17, 1706 and baptized at Old South Meeting House. Josiah wanted Ben to attend school with the clergy, but only had enough money to send him to school for two years. He attended Boston Latin School but did not graduate; he continued his education through voracious reading. Although “his parents talked of the church as a career”  for Franklin, his schooling ended when he was ten. He then worked for his father for a time and at 12 he became an apprentice to his brother James, a printer, who taught Ben the printing trade. When Ben was 15, James founded The New-England Courant, which was the first truly independent newspaper in the colonies. When denied the chance to write a letter to the paper for publication, Franklin adopted the pseudonym of “Mrs. Silence Dogood“, a middle-aged widow. “Mrs. Dogood”‘s letters were published, and became a subject of conversation around town. Neither James nor the Courant’s readers were aware of the ruse, and James was unhappy with Ben when he discovered the popular correspondent was his younger brother. Franklin left his apprenticeship without permission, and in so doing became a fugitive.  See film below of Benjamin Franklin.

“A Charge To The Fraternity” by Benjamin Franklin: starring Richard Easton