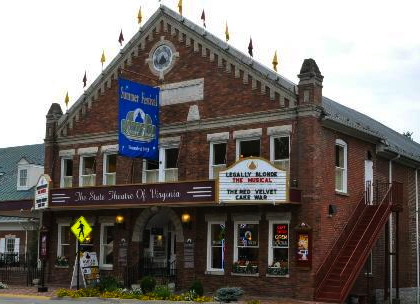 By 1931, the Great Depression had weathered the countrys entertainment industry, and unemployed actors were headed for the soup lines. Meanwhile, rural farmers in Southwest Virginia needed nourishment for their minds and souls. Thats when Robert Porterfield created the Barter Theatre—where patrons could barter extra food for a ticket to the show. The unique playhouse would eventually become the State Theatre of Virginia and launch the careers of many Hollywood icons. Today, Barter Theatre and Barter Stage II entertain audiences of all ages with dramas, comedies, and classics throughout the year.

Barter Theatre, located in Abingdon, Virginia, opened on June 10, 1933. It is one of the longest running professional theatres in the nation. In 1933, when the country was in the middle of the Great Depression, most patrons were not able to pay the full ticket price.  Robert Porterfield, founder of the theatre, offered admittance by letting the local people pay with food goods, hence the name “Barter”. The original ticket price for a play was 40 cents, or the equivalent in goods. In 1946, Barter Theatre was designated the State Theatre of Virginia. Today, Barter is one of the last year-round professional resident repertory theatres remaining in the United States.

After Porterfield’s death in 1971, Rex Partington was named the artistic director, serving from 1972-1992. Since 1992, Richard Rose has served as the Barter Theatre’s third artistic director.

Many well-known stars of stage, screen and television have launched their careers at Barter, including Gregory Peck, Ernest Borgnine, Patricia Neal, Ned Beatty, Hume Cronyn, Gary Collins, Frances Fisher, Kevin Spacey, Larry Linville and Wayne Knight. On The Lot winner Will Bigham acted at Barter Theatre for many years before pursuing a film career alongside his wife Catherine Gray.