You are here: Home / Education / Women Who Made History / Audra McDonald 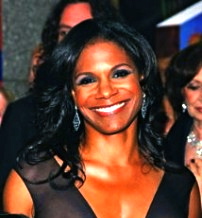 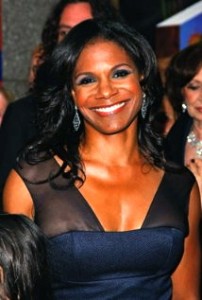 Audra Ann McDonald (born July 3, 1970) is an American actress and singer. She has appeared on the stage in both musicals and dramas, such as Ragtime, A Raisin in the Sun, and Porgy and Bess. She maintains an active concert and recording career, performing song cycles and operas as well as performing in concert throughout the U.S. She has won six competitive Tony Awards, more than any other actor, and is the only person to win all four acting categories. She also starred in the ABC television drama Private Practice as Dr. Naomi Bennett.

McDonald was born in Berlin, Germany, the daughter of American parents, Anna Kathryn, a university administrator, and Stanley McDonald, Jr., a high school principal. At the time of her birth, her father was stationed with the U.S. Army. McDonald was raised in Fresno, California, the elder of two daughters. She began to study acting at a young age to counteract her diagnosis as “hyperactive”. McDonald graduated from the Roosevelt School of the Arts program within Theodore Roosevelt High School in Fresno. She got her start in acting with Dan Pessano and Good Company Players, beginning in their Junior Company. “I knew I wanted to be involved in theater when I had my first chance to perform with the Good Company Players Junior Company.” “The people who have had the most impact on my life: Good Company director Dan Pessano and my mother.” She studied classical voice as an undergraduate under Ellen Faull at the Juilliard School, graduating in 1993. 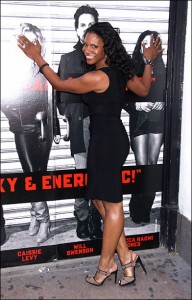 McDonald was a three-time Tony Award winner by age 28 for her performances in Carousel, Master Class, and Ragtime, placing her alongside Shirley Booth, Gwen Verdon and Zero Mostel by accomplishing this feat within five years. She was nominated for another Tony Award for her performance in Marie Christine before she won her fourth in 2004 for her role in A Raisin in the Sun, placing her in the company of then four-time winning actress Angela Lansbury. She reprised her Raisin role for a 2008 television adaptation, earning her a second Emmy Award nomination. On June 10, 2012, McDonald scored her fifth Tony Award win for her portrayal of Bess in Broadway’s The Gershwins’ Porgy and Bess, thus tying Angela Lansbury and Julie Harris. Her 2014 performance as Billie Holiday in Lady Day at Emerson’s Bar and Grill earned McDonald her sixth Tony award and made her the first person to win all four acting categories.

McDonald appeared as Lizzie in the Roundabout Theatre Company’s 2007 revival of 110 in the Shade, directed by Lonny Price at Studio 54, for which she shared the Drama Desk Award for Best Actress in a Musical with Donna Murphy. On April 29, 2007, while she was in previews for the show, her father was killed when an experimental aircraft he was flying crashed north of Sacramento, California.

McDonald appeared in a revised version of Porgy and Bess, at the American Repertory Theatre (in Cambridge, Massachusetts) from August through September 2011, and recreated the role on Broadway at the Richard Rodgers Theatre, which opened on January 12, 2012 and closed on September 23, 2012. For this role, McDonald won her fifth Tony Award and her first in a Leading Actress category. This American Repertory Theater production was “re-imagined by Suzan-Lori Parks and Diedre Murray as a musical for contemporary audiences.” 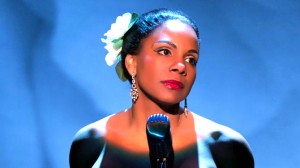 McDonald is playing Billie Holiday on Broadway in the play Lady Day at Emerson’s Bar and Grill in a limited engagement scheduled to end on August 10, 2014. After previews that began on March 25, 2014, the play opened at the Circle in the Square Theatre on April 13, 2014. Of the play, McDonald said in an interview: “It’s about a woman trying to get through a concert performance, which I know something about, and she’s doing it at a time when her liver was pickled and she was still doing heroin regularly…I might have been a little judgmental about Billie Holiday early on in my life, but what I’ve come to admire most about her – and what is fascinating in this show – is that there is never any self-pity. She’s almost laughing at how horrible her life has been. I don’t think she sees herself as a victim. And she feels an incredible connection to her music – she can’t sing a song if she doesn’t have some emotional connection to it, which I really understand.” 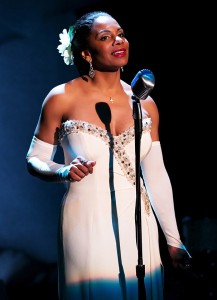 McDonald won the Tony Award, Best Performance by an Actress in a Leading Role in a Play for this role, making her the first person to ever earn six Tony Award wins for acting (not counting honorary awards) and the first person to win a Tony Award in all four acting categories.  In her acceptance speech, “she thanked her parents for encouraging her to pursue her interests as a child.” She also thanked the “strong and brave and courageous” African-American women who came before her, saying in part, “I am standing on Lena Horne’s shoulders. I am standing on Maya Angelou’s shoulders. I am standing on Diahann Carroll and Ruby Dee, and most of all, Billie Holiday. You deserved so much more than you were given when you were on this planet. This is for you Billie.”

In February 2014, it was reported that McDonald might star as Jessie alongside Oprah Winfrey in a Broadway revival of ‘Night Mother. George C. Wolfe is linked to direct and the production would play an unnamed theater during the 2015-2016 season. 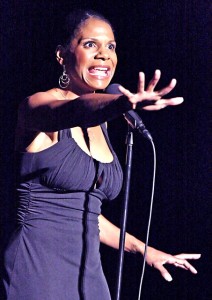 Audra McDonald performing at the Wright Center in in 2011 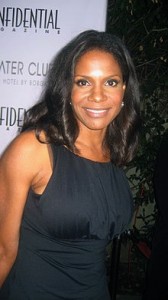 In September 2008, American composer Michael John LaChiusa was quoted in Opera News Online, as working on an adaptation of Bizet’s Carmen with McDonald in mind.

McDonald has recorded five solo albums for Nonesuch Records. Her first, the 1998 Way Back to Paradise, featured songs written by a new generation of musical theatre composers who had achieved varying degrees of prominence in the 1990’s, particularly LaChiusa, Adam Guettel and Jason Robert Brown.

Her next album, How Glory Goes (2000), combined both old and new works, and included composers Harold Arlen, Leonard Bernstein and Jerome Kern. Her third album, Happy Songs (2002), was big band music from the 1920s through the ’40s. Her fourth album, Build a Bridge (2006), features songs from jazz and pop.

In May 2013, Audra McDonald released her first solo album in seven years, Go Back Home, with a title track from the Kander & Ebb musical The Scottsboro Boys. To coincide with the album’s release, McDonald performed a concert at Avery Fisher Hall in New York City that aired on the PBS series Live from Lincoln Center titled Audra McDonald In Concert: Go Back Home.

At the 2010 BCS National Championship Game on January 7, McDonald sang America the Beautiful for the sold-out stadium fans to celebrate the final game of the college football season.

In May 2000, Audra McDonald appeared as “The Beggar Woman” in Lonny Price’s concert version of Stephen Sondheim’s Sweeney Todd: the Demon Barber of Fleet Street, performed at Avery Fisher Hall at Lincoln Center, New York with the New York Philharmonic with George Hearn and Patti LuPone. She reprised the role in some performances of the March 2014 Lincoln Center concert production, again directed by Price, this time opposite Bryn Terfel and Emma Thompson. 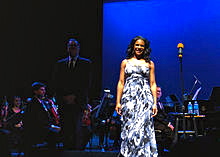 McDonald has also made many television appearances, both musical and dramatic. In 2001, she received her first Emmy Award nomination for Outstanding Supporting Actress in a Miniseries or TV Movie for the HBO film Wit, starring Emma Thompson and directed by Mike Nichols. She also has appeared on Homicide: Life on the Street (1999), Law & Order: Special Victims Unit (2000), Having Our Say: The Delany Sisters’ First 100 Years (1999), the short-lived Mister Sterling (2003), The Bedford Diaries (2006), and Kidnapped (2006–2007), and in the 1999 television remake of Annie as Daddy Warbucks’ secretary & soon-to-be wife, Miss Farrell. She sang with the New York Philharmonic in the annual New Year’s Eve gala concert on December 31, 2006, featuring music from the movies; it was televised on Live from Lincoln Center by PBS. In 2013, she appeared in the HBO documentary Six by Sondheim.

McDonald appeared as Naomi Bennett in Private Practice, a spinoff of Grey’s Anatomy. She replaced Merrin Dungey, who played the role in the series pilot. McDonald left Private Practice at the end of season four.

McDonald played Mother Abbess in the 2013 NBC live television production of The Sound of Music Live!. 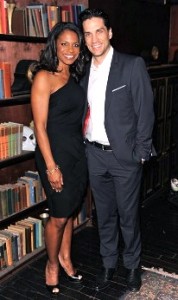 McDonald married bassist Peter Donovan in September 2000. They have one daughter, Zoe, named after McDonald’s close friend Zoe Caldwell. McDonald and Donovan divorced in 2009. She married Will Swenson on October 6, 2012.