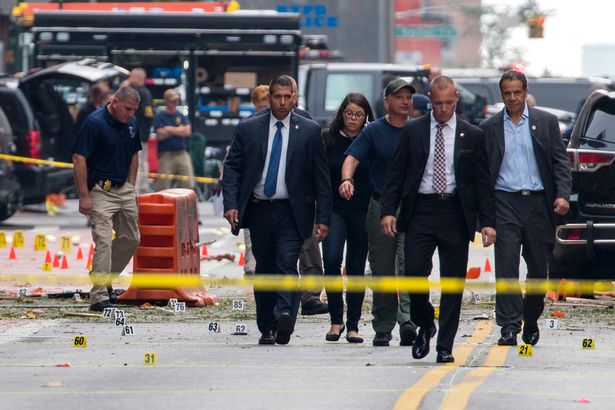 September 17, 2016 – A bomb exploded in Seaside Park, New Jersey, on Saturday along the route of a planned road race that was then canceled, a prosecutor and local media said.
An explosion at the Seaside Park Semper Five 5K Charity Run has put the community on lockdown, with a source telling PIX11 News that three pipe bombs were left in a garbage can that exploded, but only one went off.

A bomb that injured 29 people on Saturday in the Chelsea neighborhood of Manhattan, and another that failed to detonate, were filled with shrapnel and made with pressure cookers, flip phones and Christmas lights to set off a powerful explosive compound, law enforcement officials said on Sunday.

Both bombs appeared designed to create maximum chaos and fatalities. They also provided a trove of clues.

Late Sunday night, two law enforcement officials said that investigators stopped a car on the Belt Parkway near the Verrazano-Narrows Bridge and took five people to an F.B.I. office in Manhattan for questioning in the bombing investigation. One of the officials said that all or most of them may have been from the same family and that they may have been on their way to the airport. The F.B.I. confirmed in a statement that agents and police detectives had stopped “a vehicle of interest in the investigation into Saturday’s bombing in Manhattan and that no one has been charged with any crime.” 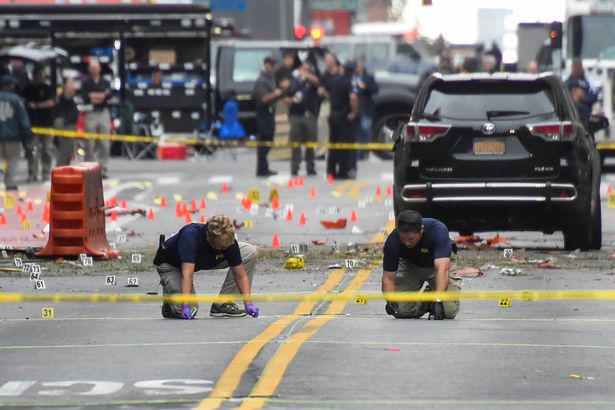 Earlier, two senior law enforcement officials said there was a “person of interest” in the bombing, but it was unclear if that person had been identified. The person had been seen on surveillance footage.

Tensions in the region, already high, escalated on Sunday night when, according J. Christian Bollwage, the mayor of Elizabeth, N.J., a backpack containing explosive devices — including pipe bombs — was found near that city’s train station. In trying to secure the devices, law enforcement officals, using robots, accidentally detonated one of the devices early Monday, he said. There were no injuries.

A top law enforcement official said the pressure cookers in the two bombs in Chelsea on Saturday night were filled with “fragmentation materials.” The bomb that exploded, at 23rd Street, was filled with small bearings or metal BBs. A second device on 27th Street that did not explode appeared to be filled with the same material, the official said.