Web 2.0 Summit: A conversation with Anne Wojcicki, Founder of 23andM

23andMe is a privately held personal genomics and biotechnology company based in Mountain View, California that provides rapid genetic testing. The company is named for the 23 pairs of chromosomes in a normal human cell. Their personal genome test kit was named “Invention of the Year” by Time magazine in 2008.

The company was founded by Linda Avey, Paul Cusenza, and Anne Wojcicki after they recognized the need for a way to organize and study genetic data, the possibility for individual consumers to use the information, and the need for the expertise to interpret the results.

Cusenza left the company in 2007 and has been CEO of Nodal Exchange since 2008.

Avey left the company in 2009 to establish a foundation for the causes and treatment of Alzheimer’s disease. 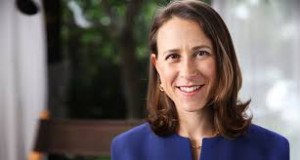 23andMe began offering DNA testing services in November, 2007, the results of which are posted online and allow an assessment of inherited traits, genealogy, and possible congenital risk factors.  Customers provide a 2.5 ml saliva sample that is analyzed on a DNA microarray (manufactured by Illumina), for 960,000 specific single-nucleotide polymorphisms (SNPs). An eventual goal is to provide whole genome sequencing.

In June 2011, 23andMe announced it had accumulated a database of more than 100,000 individuals.  The organization also provides testing for certain research initiatives, providing confidential customer datasets to and partnering with research foundations with a goal of establishing genetic associations with specific illnesses and disorders.

In 2008, Time magazine named the company’s saliva-based DNA-testing service as the “Invention of the Year”. The service and ability to map significant portions of the genome has raised controversial questions including whether the results can be interpreted meaningfully, and whether they will lead to genetic discrimination.

The states of New York and California unsuccessfully attempted to block such tests (provided by 23andMe as well as other companies) under the grounds that they were not properly licensed and attempted to require tests to be conducted only when ordered by a physician.  By August 2008, 23andMe had received licenses that allow them to continue to do business in California.

In 2007, Google, whose co-founder Sergey Brin is married to the co-founder of 23andMe Anne Wojcicki, invested $3,900,000 in the company, along with Genentech, New Enterprise Associates, and Mohr Davidow Ventures.

In 2012, 23andMe raised $50 million in a Series D venture round, almost doubling its existing financing of $52.6 million. This enabled the company to further reduce the price of its product, which was originally priced at $999, from $299 to $99 in an effort to increase its customer base from 180,000 to one million.