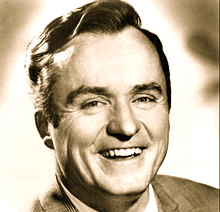 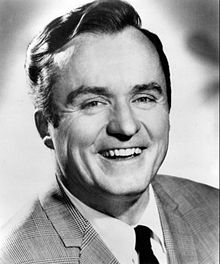 Douglas was born Michael Delaney Dowd, Jr., in Chicago, Illinois, and began singing as a choirboy. By his teens he was working as a singer on a Lake Michigan dinner cruise ship. After serving briefly in the United States Navy near the end of World War II and as a “staff singer” for WMAQ-TV in Chicago, he moved to Los Angeles. He was on the Ginny Simms radio show. Then, he became a vocalist in the big band of Kay Kyser, with whom he was featured on two notable hits, “Ole [or Old] Buttermilk Sky” in 1946 and “The Old Lamplighter” the following year. Kyser was responsible for giving him his show business name, and he remained part of Kyser’s band until Kyser retired from show business in 1951. In 1950, he provided the singing voice of Prince Charming in Walt Disney‘s Cinderella. In the 1950s, Douglas, living in Burbank, California, tried to keep his singing career going, working as house singer for a nightclub and going on the road to stay busy. He preferred not to switch to rock and roll, which limited his opportunities as big band music was declining in popularity. In the leanest years, he and his wife survived by successfully “flipping” their Los Angeles homes. 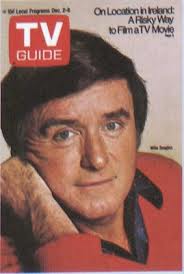 He next surfaced in 1961 in Cleveland, where a onetime Chicago colleague hired him for $400 a week as an afternoon television talk-show host at WKYC-TV, then known as KYW-TV. The Mike Douglas Show rapidly gained popularity, and ultimately, national syndication in August 1963 on the five Westinghouse-owned stations. The show was broadcast “live” on KYW-TV in its city of origination, but this practice ended in 1965 after guest Zsa Zsa Gabor used the phrase “son of a bitch” when referring to stand-up comedian and comic actor Morey Amsterdam of the Dick Van Dyke Show.

As KYW-TV‘s owner, Group W, successfully had a station swap with NBC overturned by the FCC, Westinghouse returned to Philadelphia on June 19, 1965 with call letters KYW-TV. Along with the station swap came The Mike Douglas Show, which aired its first Philadelphia-based show on August 30, 1965. Even after ownership reverted to NBC, WKYC in Cleveland continued to carry the program for many years afterward. Guests ranged from Truman Capote and Richard Nixon to The Rolling Stones, Herman’s Hermits and Kiss, with an occasional on-camera appearance from Tim Conway (who would later be discovered at WJW). Moe Howard of “Three Stooges” fame was a guest several times, with a pie-fight inevitably happening at the end of the interview, and platform speaker on nonverbal communication (body language) Dr. Cody Sweet.

The show helped introduce entertainers such as Barbra Streisand and Aretha Franklin. After the move to Philadelphia, Douglas also attempted to revive his own singing career, logging his lone Top 40 single as a solo artist, “The Men In My Little Girl’s Life” in 1966. By 1967, The Mike Douglas Show was broadcast to 171 markets and 6,000,000 viewers each day, mostly women at home. It earned $10.5 million annually from advertisers, while its host was paid more than $500,000. In 1967, the program received the first Emmy Award for Individual Achievement in Daytime Television from the National Academy of Television Arts & Sciences. 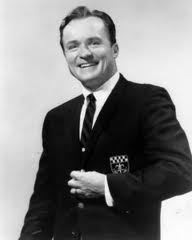 In July 1978, the talk show’s home base was transferred to Los Angeles, where it remained until finally going off the air in 1982. A second series, The Mike Douglas Entertainment Hour, ended production in 1982, after which Douglas hosted CNN‘s Los Angeles-based celebrity interview show, People Now, taking over the hosting duties from Lee Leonard. He was replaced in January 1983 by WTBS personality Bill Tush. 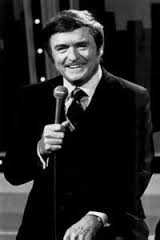 Douglas became a local cultural icon in Philadelphia, often inviting prominent players from the city’s professional sports teams to be guests on his show (he had a particular affinity for the city’s pro football team, the Philadelphia Eagles, constantly referring to the team as “Our Eagles”, and he could often be seen in attendance at Eagles’ home games, especially whenever they appeared on Monday Night Football). He also assisted in mayor Frank Rizzo‘s campaign against derisive jokes often told by outsiders about the city, acting as chief spokesperson for the “Anti-Defamation Agency” Rizzo had set up for this purpose.

Douglas sang the The Star-Spangled Banner before the first Philadelphia Phillies game at Veterans Stadium on April 10, 1971, and also sang the national anthem prior to a Cincinnati Bengals–Miami Dolphins playoff game on December 23, 1973. He wrote two memoirs: My Story (1979) and I’ll Be Right Back: Memories of TV’s Greatest Talk Show (1999). He also wrote a cookbook,The Mike Douglas Cookbook (1969), featuring recipes from him, his family, and the show’s guests. 40 years after Douglas began his talk show at KYW-TV, his granddaughter Debbie Voinovich Donley designed successor WKYC’s new broadcast facility on Lakeside Avenue, completed in 2002. In 2007, a new documentary film Mike Douglas: Moments and Memories was shown on PBS stations.

Douglas developed prostate cancer in 1990, but after surgery he was cancer-free. He died in 2006 on his 86th birthday, at Palm Beach Gardens Medical Center in Palm Beach Gardens, Florida. Though the cause of his death has not yet been disclosed, his wife, Genevieve, told the Associated Press that he became dehydrated on a golf course a few weeks previously and had been treated for that off and on since. “He was coming along fine,” said Genevieve. “We never anticipated this to happen.” Douglas was survived by his widow, daughters Kelly and twins Michele and Christine, and several grandchildren and great-grandchildren.

The Broadscast Pioneers of Philadelphia posthumously inducted Douglas into their Hall of Fame in 2006.