2016 State Of The Union Announcement 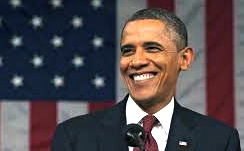 This week, the White House was humming with pre-SOTU buzz, as the President prepared to deliver his final State of the Union Address. He also announced new steps he’s taking to reduce gun violence and keep guns out of the wrong hands — and then discussed these actions during a live town hall session with CNN. That’s January 1st to January 7th or, “Too Many.”