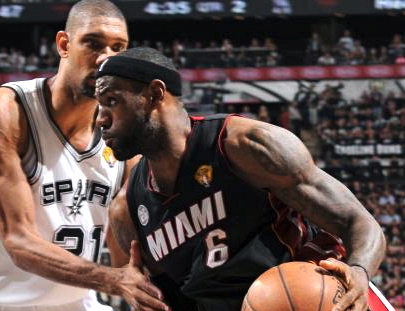 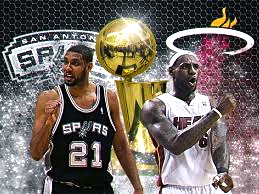 The 2014 NBA Finals is the championship series of the 2013–14 season of the National Basketball Association (NBA) and the conclusion of the season’s playoffs. This series will feature the Eastern Conferencechampion Miami Heat versus the Western Conference champion San Antonio Spurs. This will be a rematch of the previous year’s finals, where Miami won in seven games, and thus, handing the Spurs their only Finals defeat. It is the first NBA Finals rematch since 1998, when the Chicago Bulls and Utah Jazz met in the Finals for consecutive times, with the Bulls winning the title in both occasions. 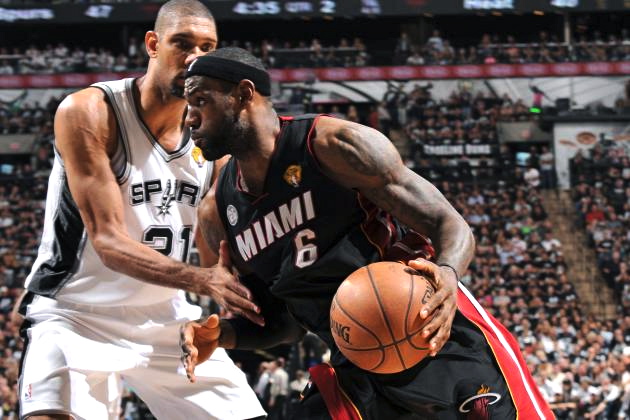 The Heat Was On, But Spurs Take Game 1. The San Antonio Spurs are up 1-0 in the NBA Finals after their win on Thursday that saw LeBron James miss the end of the game with cramping By Larry Walansky

The Spurs will have home-court advantage since the team finished the regular season with a better record than the Heat. For the first time since the 1984 NBA Finals, the Finals will be played in a 2–2–1–1–1 format (Games 1 and 2 at home for the higher seeded team, Games 3 and 4 at home for the lower seeded team, Game 5 at the higher, Game 6 at the lower, and Game 7 at the higher).  Game 1 is scheduled for June 5, while Game 7 (if necessary) is scheduled for June 20.