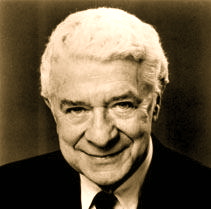 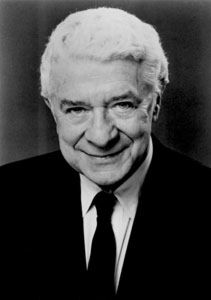 Susskind was born in Manhattan. He attended the University of Wisconsin–Madison and then Harvard University, graduating with honors in 1942, and then headed off to World War II. A communications officer on an attack transport, he saw action at Iwo Jima and Okinawa. 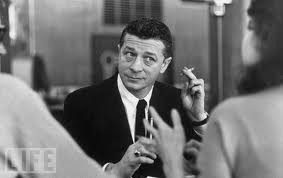 His first job was as a press agent for Warner Brothers. Next he was a talent agent for Century Artists, ultimately ending up in the powerhouse Music Corporation of America‘s newly-minted television programming department, managing Dinah Shore, Jerry Lewis, and others. In New York, Susskind formed Talent Associates, representing creators of material rather than performers. Ultimately, Susskind produced movies, stage plays and television programs.

He married twice, first to Phyllis Briskin, in 1939, and then Canadian-American television personality Joyce Davidson, in 1966. A year-and-a-half before Susskind and Davidson married, she began working as a co-producer of a television talk show he hosted locally in New York called Hot Line. It was a different show from his nationally known Open End talk show. Hot Line was the first television show to use the recently invented ten-second broadcast delay to amplify viewer phone calls on the air.  Davidson screened the viewer phone calls.  She also made the first approach to some of the people who appeared as guests on Hot Line, including Malcolm X, whom she invited for Hot Line immediately after he gave a speech at The Town Hall.

Both of Susskind’s marriages ended in divorce. He had three daughters and a son, along with two stepdaughters by his marriage to Davidson. 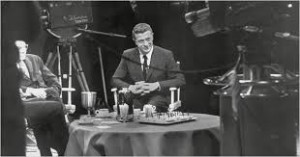 During his almost 30-year run as a talk show host, Susskind covered many controversial topics of the day, such as race relations, transexualism and the Vietnam War. Susskind’s interview of Soviet Premier Nikita Khrushchev, which aired in October 1960, during the height of the cold war, generated national attention. It is one of the very few talk show telecasts from that long ago that was preserved and can be viewed today.

In 1961, Susskind conducted a series of interviews with former President Harry Truman in Truman’s hometown of Independence, Missouri. After picking Truman up at his home to take him to the Truman Presidential Library for the interviews over a number of days, Susskind asked Truman why he hadn’t been invited into the home. According to presidential historian Michael Beschloss, Truman flatly told Susskind, “This is Bess’s house” and that there had never been nor would there ever be a Jewish guest in there. 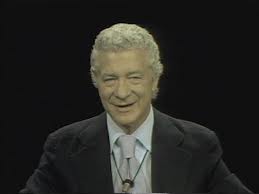 Susskind was also a noted producer, with scores of movies, plays, and TV programs to his credit. His legacy is that of a producer of intelligent material at a time when TV had left its golden years behind and had firmly planted its feet in programming which had wide appeal, whether or not it was worth watching. Among other projects, he produced television adaptations of Beyond This Place (1957), The Moon and Sixpence (1960), Ages of Man (1966), Death of a Salesman (also 1966), Look Homeward, Angel (1972), The Bridge of San Luis Rey (1958), The Glass Menagerie (1973), and Caesar and Cleopatra (1976); the television films Truman at Potsdam (1976), Eleanor and Franklin (1976), and Eleanor and Franklin: The White House Years (1977); and thefeature film Loving Couples (1980). In 1964, he produced Craig Stevens‘s acclaimed CBS drama Mr. Broadway, which left the air after thirteen episodes. He also produced and owns all the rights to the 1961 fourteen-episode macabre CBS TV series – Way Out. His production company, Talent Associates, also produced Get Smart. 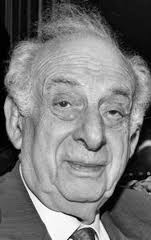 Susskind suffered a heart attack and died in New York City in 1987.  He was interred at Westchester Hills Cemetery in Hastings-on-Hudson, New York.

The grave of David Susskind in Westchester Hills Cemetery 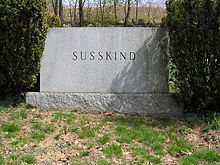