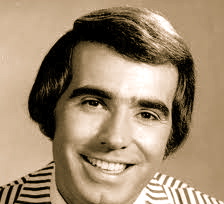 Tom Snyder as host of the TV programTomorrow in 1977. 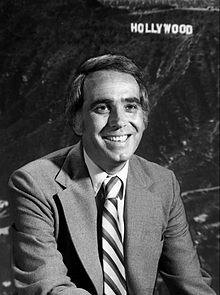 Thomas James “Tom” Snyder (born May 12, 1936 – died July 29, 2007) was an American television personality, news anchor and radio personality best known for his late night talk shows The Tomorrow Show, on the NBC television network in the 1970s and 1980’s, and The Late Late Show, on the CBS Television Network in the 1990’s. Snyder was also the pioneer anchor of the primetime NBC News Update, in the 1970’s and early 1980’s, which was a one-minute capsule of news updates in primetime.

Snyder was born in Milwaukee, Wisconsin to parents Frank and Marie Snyder. He received a Catholic upbringing and attended St. Agnes Elementary School and graduated from Jesuit-run Marquette University High School. He attended Marquette University, after which he had originally planned to study medicine and become a doctor. 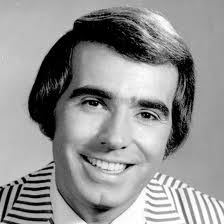 Snyder had loved radio since he was a child and at some point changed his field of study from pre-med to journalism. He once told Milwaukee Journal Sentinel reporter Tim Cuprisin that broadcasting became more important to him than attending classes, and he skipped a lot of them.  Snyder began his career as a radio reporter at WRIT (unrelated to the present-day FM station) in Milwaukee and at WKZO in Kalamazoo (where he was fired by John Fetzer) in the 1950’s. For a time he worked at Savannah, Georgia AM station WSAV (now WBMQ).

After moving to television in the 1960s, he was a news anchor for KYW-TV in Cleveland (now WKYC-TV) and, after a 1965 station switch, Philadelphia, and WNBC-TV and WABC-TV in New York City. He talked about driving cross country in an earlyCorvair from Atlanta to Los Angeles around 1963, where he landed a news job at KTLA, then on to KNBC-TV also in Los Angeles, where from 1970 to 1974 he was an anchor for the 6 p.m. newscast working with KNBC broadcaster Kelly Lange, who was then a weather reporter before serving as a long-time KNBC news anchor. Lange later became Snyder’s regular substitute guest host on the Tomorrow program, prior to the hiring of co-host Rona Barrett in the program’s last year. Even after attaining fame as host of Tomorrow, Snyder kept his hand in news anchoring with the Sunday broadcasts of NBC Nightly News during 1975 and 1976.

Snyder gained national fame as the host of Tomorrow with Tom Snyder (more commonly known as The Tomorrow Show), which aired late nights after The Tonight Show on NBC from 1973 to 1982. It was a talk show unlike the usual late-night fare, with Snyder, cigarette in hand, alternating between asking hard-hitting questions and offering personal observations that made the interview closer to a conversation.

Unique one-on-one exchanges were common to the program, notably with author Harlan Ellison, John Lydon of PiL and The Sex Pistols in 1980, John Lennon in 1975, actor and writer Sterling Hayden, convicted serial killer Charles Manson, and author and philosopher Ayn Rand. A one-on-one program with David Brenner as the sole guest revealed that Snyder and Brenner worked together on several documentaries.

An infamous edition of The Tomorrow Show broadcast on October 31, 1979, saw Snyder interview the rock group KISS. During the episode, a visibly irritated Gene Simmons (bass) and Paul Stanley (guitar) tried to contain the bombastic (and drunk) Ace Frehley (lead guitar), whose nonstop laughter and joking overshadowed the rest of the band, though Snyder was obviously enjoying it, chiming in with several jokes, much to Frehley’s delight, and Simmons’s disgust.. Drummer Peter Criss made repeated references to his large gun collection, to the chagrin of Simmons. Some of the footage from this show was later included on the Kissology – The Ultimate KISS Collection Vol. 2: 1978–1991 (2007) DVD.

In the late 1970’s, Snyder interviewed Disney animator Ward Kimball regarding his toy train collection and his full sized trains. Snyder appeared to be as happy as a “kid in a candy store” picking up various locomotives and asking lots of questions. The video segments could still be viewed on YouTube in 2013. Snyder’s love of toy trains started with his first Lionel locomotive, a scale steam switcher, which he claimed never worked too well. His collection was later donated to a New Jersey toy train club, the NJ Hi-Railers.

When not grilling guests, Snyder would often joke around with offstage crewmen, often breaking out in the distinctively hearty laugh that was the basis of Dan Aykroyd‘s impersonation of Snyder on Saturday Night Live (12 occasions, 1976–1979 and 1995). Following a disastrous experiment with turning Tomorrow into a more typical talk show—renaming it Tomorrow Coast to Coast and adding a live audience and co-host Rona Barrett (all of which Snyder resented)—the show was canceled in 1982 to make way for the up-and-coming young comedian David Letterman. 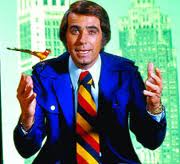 In 1982 Snyder rejoined WABC-TV in New York, anchoring the 5PM Eyewitness News program with Kaity Tong. He stayed at WABC for two years, then returned to the talk format in 1985 at KABC-TV in Los Angeles with a local afternoon show. He had hoped to syndicate the program nationally the following year, but those plans were scratched after Oprah Winfrey‘s Chicago-based syndicated show entered the market first, and took over Snyder’s time slot on KABC-TV.

In 1988 Snyder inaugurated a very similar three-hour program on ABC Radio. The first hour was spent chatting with a celebrity guest; during the second hour Snyder engaged someone in the news; and the final hour was consumed chatting with his legion of fans. Occasionally the caller would be a well-known fan like David Letterman or Ted Koppel. One of Snyder’s favorite callers was Sherman Hemsley, the actor who played George Jefferson on the hit television sitcom The Jeffersons. The Tom Snyder Show for ABC Radio Networks went off the air in late 1992, in part due to the rapid rise in popularity of The Rush Limbaugh Show, which aired in the same time slot and which ABC had already begun airing on many of its stations. Snyder returned to television on CNBC in the early 1990s, adding the opportunity for viewers to call in with their own questions for his guests. Snyder nicknamed his show “the Colorcast”, reviving an old promotional term NBC-TV used in the early 1960s to brand its color broadcasts. He also continued his trademark of talking to offscreen crew and made frequent reference to the studio, reminding viewers of its location in Fort Lee, New Jersey.

Meanwhile, Letterman had moved on to CBS and was given control of creating a new program to follow his at 12:35 am. Letterman, who had idolized Snyder for years, hired Snyder in 1995 as host of The Late Late Show. The idea had actually begun as a running joke on Letterman’s show that Snyder would soon follow him on the air as he had once followed Johnny Carson onThe Tonight Show; the unlikely suggestion caught on. As part of the joke, Snyder appeared as himself in 1993 in The Larry Sanders Show episode Life Behind Larry, in which talk-show host Sanders (Garry Shandling) steals Snyder from Letterman to host a talk-show in the slot immediately after his.

The Late Late Show with Tom Snyder aired live in the Eastern and Central Time Zones, and was simulcast to other time zones on radio to allow everyone a chance to call in. Snyder’s CNBC show was taken over, largely unchanged in format, by Charles Grodin. One of the many memorable Late Late Show interviews was with Gloria Vanderbilt about her son’s suicide, told dramatically over an entire hour. Another was a lengthy interview with Robert Blake in a segment produced by John Scura very soon before Blake was charged with murder. In 1999 Snyder left The Late Late Show, which was then reformatted for Craig Kilborn. It has since been turned over to Scottish comedian Craig Ferguson.

In February 2000, Snyder hosted two shows of The Late Show Backstage done during the time Letterman was recovering from heart surgery.

Snyder posted regular messages on his own now-defunct website colortini.com during the early 2000s. A “colortini”, according to Snyder in the CNBC era, was the drink you should enjoy while watching the show (“Fire up a colortini, sit back, relax, and watch the pictures, now, as they fly through the air.”). For the CBS show, he redubbed the mythical drink a “simultini” as his show was also heard on selected radio stations.

On July 28, 2005, Snyder announced he was deleting his website after six years, stating: “The novelty of communicating this way has worn off.” On August 1, 2005, his page was abruptly taken offline. The front page was replaced with a white screen with the simple phrase: “Colortini is gone. Thanks for the Memories.”  However, some 140 pages have been preserved at web.archive.org. The domain name has since been reused for other purposes. 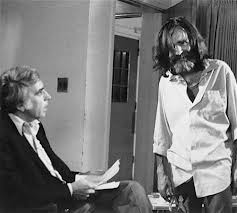 In April 2005, Snyder revealed that he was battling chronic lymphocytic leukemia, but that his doctors had told him it was “treatable.”  A year later, in June 2006, Snyder sold his home in the Benedict Canyon area of Los Angeles, where he had lived for almost 30 years, and headed to Belvedere, in the San Francisco Bay Area, where he owned a second home.

Snyder died on July 29, 2007, in San Francisco at the age of 71 from complications of leukemia. He had one child, Anne Mari Snyder, who lives in Maui, Hawaii, and two grandchildren.

The Broadcast Pioneers of Philadelphia posthumously inducted Snyder into their Hall of Fame in 2008.