You are here: Home / Education / Posting Your Photographs / 10 Dangers of the Medieval Period

10 Dangers of the Medieval Period 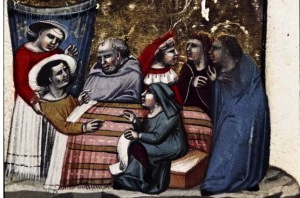 10 Dangers of the Medieval Period – photograph posted by Janet Wertman: 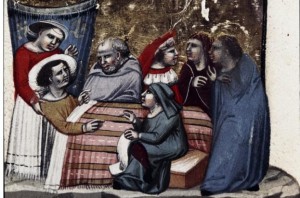 It was one of the most exciting, turbulent and transformative eras in history, but the Middle Ages were also fraught with danger. Here, as part of our Medieval Week, historian Dr Katharine Olson reveals 10 of the biggest risks people faced…

The plague was one of the biggest killers of the Middle Ages – it had a devastating effect on the population of Europe in the 14th and 15th centuries. Also known as the Black Death, the plague (caused by the bacterium called Yersinia pestis) was carried by fleas most often found on rats. It had arrived in Europe by 1348, and thousands died in places ranging from Italy, France and Germany to Scandinavia, England, Wales, Spain and Russia.

The deadly bubonic plague caused oozing swellings (buboes) all over the body. With the septicaemic plague, victims suffered from skin that was darkly discoloured (turning black) as a result of toxins in the bloodstream (one reason why the plague has subsequently been called the ‘Black Death’). The extremely contagious pneumonic plague could be contracted by merely sneezing or spitting, and caused victims’ lungs to fill up.

The Black Death killed between a third and half of the population of Europe. Contemporaries did not know, of course, what caused the plague or how to avoid catching it. They sought explanations for the crisis in God’s anger, human sin, and outsider/marginal groups, especially Jews. If you were infected with the bubonic plague, you had a 70–80 per cent chance of dying within the next week. In England, out of every hundred people, perhaps 35–40 could expect to die from the plague.

As a result of the plague, life expectancy in late 14th-century Florence was just under 20 years – half of what it had been in 1300. From the mid-14th-century onwards, thousands of people from all across Europe – from London and Paris to Ghent, Mainz and Siena – died. A large number of those were children, who were the most vulnerable to the disease (see the link above for the other 9 Dangers of the Medieval Period).